In the last few decades in the United States the history of the often conflictual relationship between science and religion has enriched with the new chapter that has been written by the leaders of neo-creationism. They present themselves as the defenders of the freedom of science, which in their opinion is threatened by the "official" scientists, who are unable to see anything beyond their "paradigms". If that were true, the creationists would be true martyrs of science, just like Galileo. Although this theory is certainly paradoxical, it cannot be ignored since it has produced serious consequences - such as the new debate on how should biology be taught in public schools and what kind of contents should biology textbooks have -, and its echoes are heard even outside the United States. The aim of this essay is to show how and on what ground creationism has evolved until changing its image completely. If in the Twenties the creationism could only be seen as peculiar to some fundamentalist sects of the South, nowadays it is endorsed by a group of well known intellectuals, such as Phillip E. Johnson, professor of Law at Berkeley University, and Alvin Plantinga, professor of Philosophy at Notre Dame University. 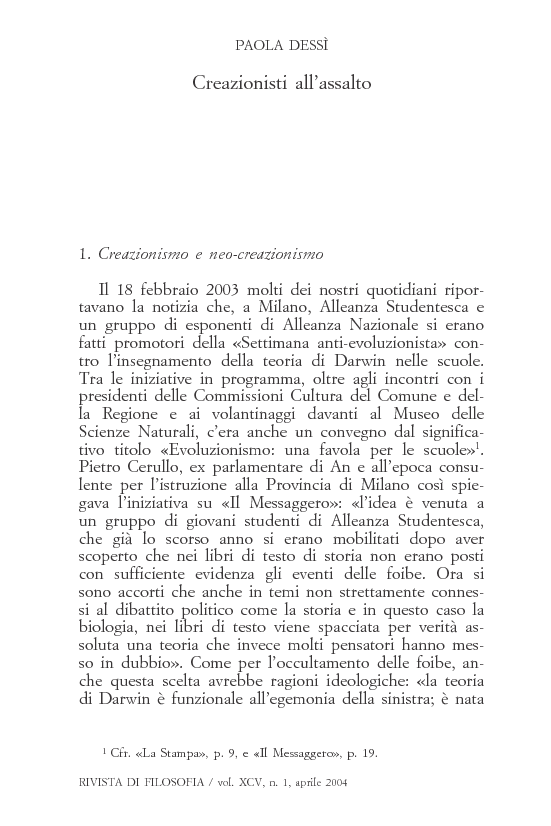