This review essay deals with two new books concerning some aspects of the Italian Enlightenment. "The Newtonian Moment" by Moty Feingold contains a fine reassessment of Newtonianism in Italy within a broader European context. This up-to-date survey of the impact of Newton's "synthesis" not only in mathematics, mechanics, astronomy, optics, but also upon literary and religious culture, shows in some detail the pros and cons of Roman Catholic reactions to the Newtonian "system of the world" during the first half of the 18th century, when Galileo's "Dialogo dei massimi sistemi" was still under ban in Rome. Wolfgang Rother's essay "La maggiore felicità possibile" (Italian title of a German text) is a wide-range research dealing with several crosscurrents of utilitarian thought in the reform movement in Northern Italy. The well-known penal reform of Beccaria and Verri, the moral thought of other relevant philosophers, the learned journalismo of "Il Caffè" and many other facets of the Enlightenment in Milan and elsewhere are here revisited thoroughly under the viewpoint of systematic "Begriffsgeschichte". Professor Rother's peculiar philosophical insight is particularly welcome as an unavoidable analytical counterpoint to the current general historians' approach, stressing chiefly the militant role of reform principles under Habsburg enlightened abolustism. 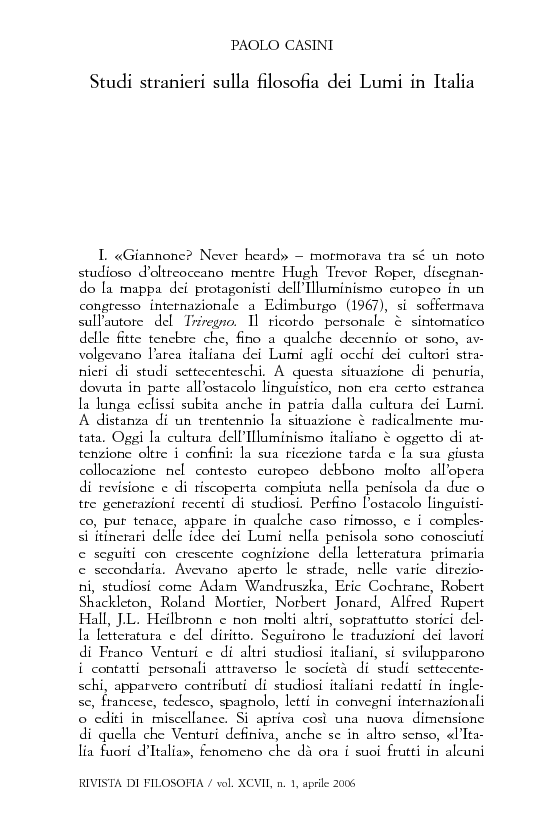