This paper examines the challenge that the argument known as "Bradley's regress" poses to the friends of states of affairs (facts), in its requesting an explanation of the existence of a fact as a unitary whole in addition to its constituents. All the main theoretical options, short of denying that there are facts, are considered. It is argued that only two of them are viable, namely a "Brute fact approach", according to which the existence of a fact cannot be explained with the typical tools of ontologists, and "Fact infinitism", according to which, for any given fact, one should posit for explanatory purposes an infinite number of distinct states of affairs involving exemplification relations of higher and higher levels. Fact infinitism is defended against various objections and it is suggested that it should be preferred to the brute fact approach by those who are not too shy in vindicating for ontology a role, alongside with the empirical sciences, in the task of postulating entities in order to achieve explanations. 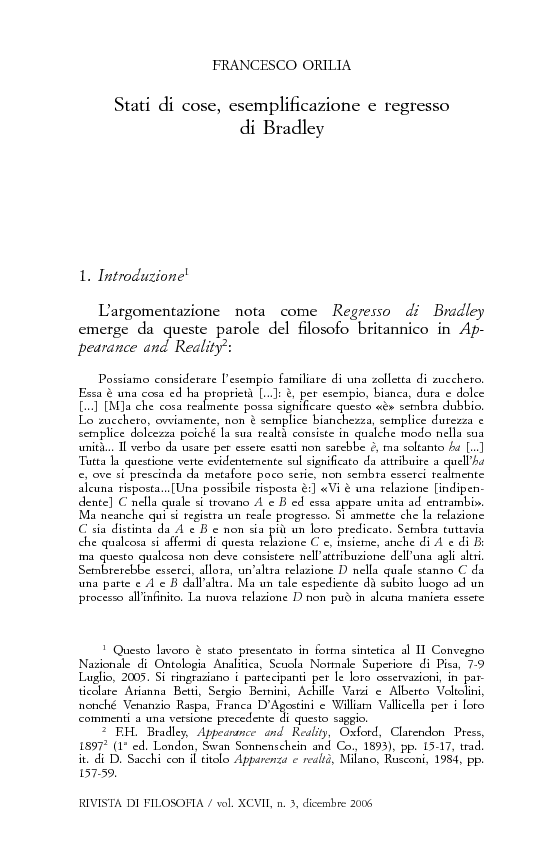