With the publication in Germany of Heidegger's so-called "Collected Works", or "Gesamtausgabe", we learn that his Hitlerism was not only the subject of political speeches, but constituted an explicit thread in a considerable number of his lecture courses. Moreover, the unedited seminars from the years 1933-1935 show his Nazism to be quite radical. This is why we must examine the problem of the Nazi foundations in Heidegger's work. This paper goes back over the thesis advanced in the book "Heidegger, l'introduction du nazisme dans la philosophie", recently published in France, and replies to some objections concerning the political significance of "Being and Time" in light of recently published lectures, the identification of Being with the State and the discussion of Carl Schmitt in the two unedited seminars, the historical legitimation of racial selection in 1941, and the ontological negationism of the Bremen lectures of 1949. 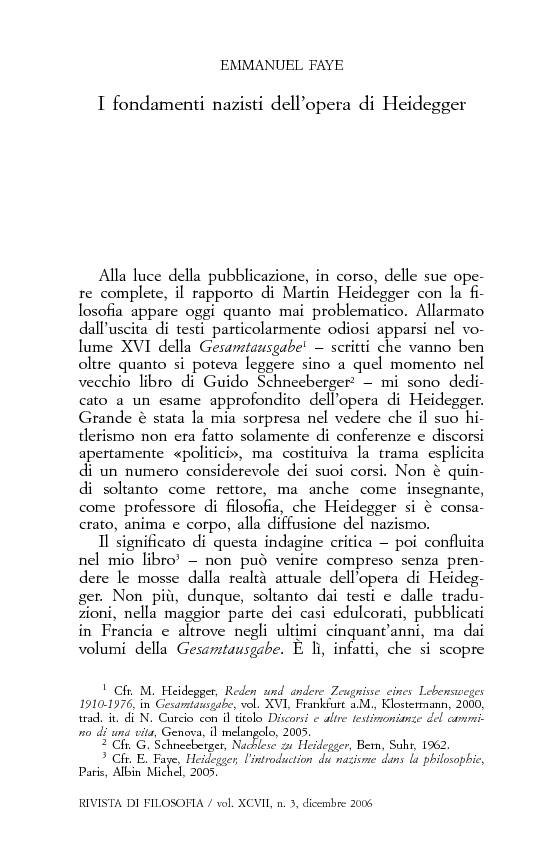