In spite of Kant's criticisms, the Golden Rule (GR: "we should do to others as we wish them to do to us") has been repeatedly proposed as a fundamental norm of moral conduct and/or reasoning. And its clearness, comprehensiveness, and cultural ubiquity really do qualify it for at least the function of a moral rule of thumb. This, however, does not make it applicable across the board. The paper examines the application of GR in a particular area of bioethical reasoning: the ethics of abortion, contraception, and procreation. That GR applies here has been famously argued by Richard Hare, who maintained that, since we all are allegedly happy to be born, we have a "prima facie" obligation to carry out pregnancies that may grant the same happiness to other possible beings. The paper shows that GR can neither be applied to embryos as complete, real entities (since this would require imaginative identification with such entities), nor to possible people. The only way to maintain an obligation to procreate is to appeal to the Scholastic principle "ens est bonum"; this, though, is a substantive metaphysical thesis which is not covered by GR. 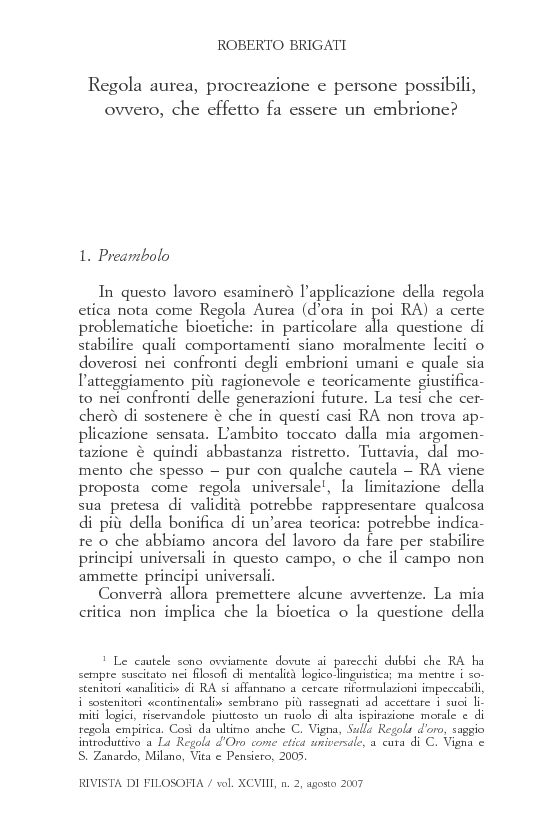