The paper suggests that imagination may involve more than empathic identification with someone and may require the capacity to see and experience what it means to live in a world constituted by certain concepts. Moral thought shaped by such notion of imagination may help to understand some significant moral dilemmas in our societies, such as those in bioethics which involve the notion of human nature. The traditional dispute between Kantians and Utilitarians, on one side, and defenders of a moral order inscribed in nature, on the other, make it difficult to see that a conceptual confrontation is taking place, which concerns different notions of human nature and of concepts such as birth and sexuality. Moral thought takes the form here of the defense of a certain conceptual horizon, e.g., one in which birth is connected to choice and responsibility or another in which it is tied to the acceptance of what happens in one's life. Moral thought proceeds by comparisons and conceptual elucidations and involves imagination, conceived as the capacity to see the goods and the evils that a certain conceptual world opens up as a possibility. 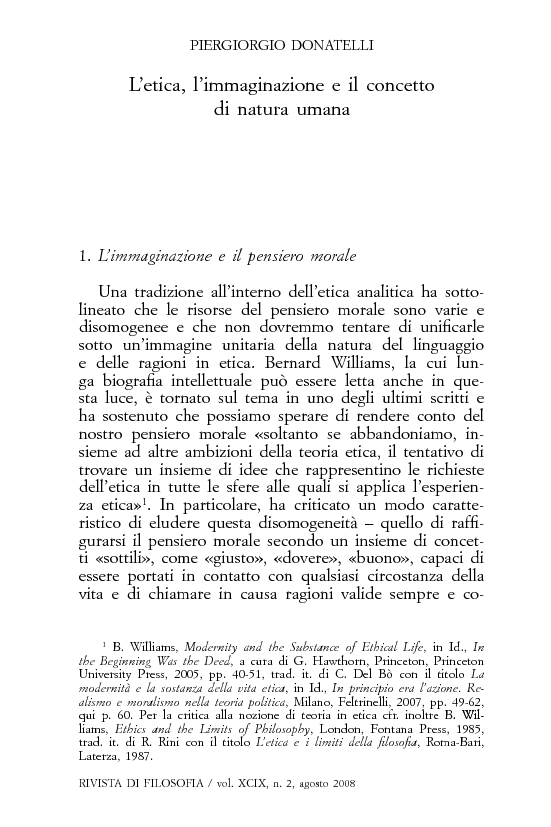