The paper focuses on the historical background and the philosophical merits of the trend in logic, which, beginning in the seventies, has given new life to Meinong's attempt to solve, by means of a theory encompassing both existing and non-existing objects, the problem raised by Brentano's claim that psychic phenomena are always directed towards an object. Meinong's approach had been eradicated from the philosophical debate by Russell: not so much by his direct objections to the theory, but rather by his shifting the question from the ontological to the linguistic level (from the things which do not exist to the terms which do not denote). The revival of Meinong's point of view has developed along two directions, corresponding to quite different ideas suggested by Mally in order to face Russell's objections. The first approach - especially supported by Terence Parsons - distinguishes two kinds of properties: the so called "nuclear" properties, which somehow directly characterize the object (e.g. being red, being a man, being a book) and, on the other side, the "extranuclear" properties, which are external to the nature of the objects (e.g. being existent, being possible, being thought by someone). The second approach - most thoroughly developed by Edward Zalta - distinguishes two types of "copula", i.e. two types of relations between an object and a property: the enjoying of a property by an object and, on the other side, the entering of a property into the "definition" of an object. 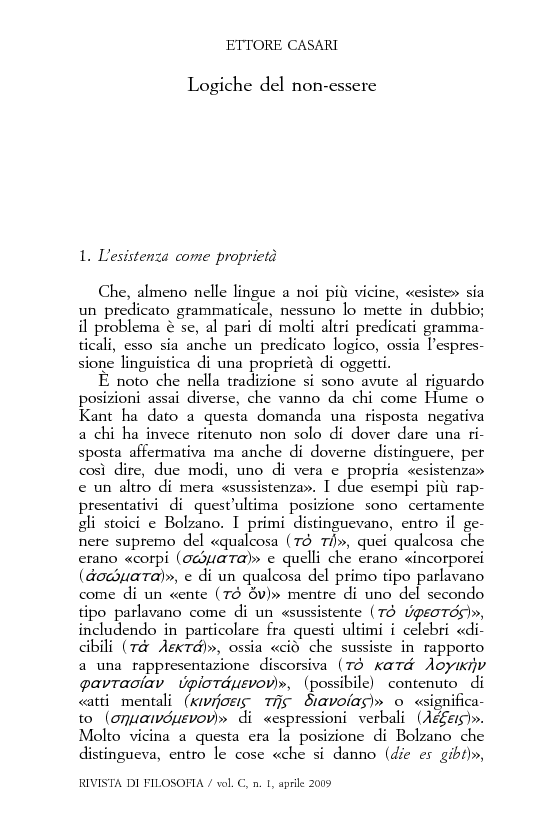