The paper reconstructs and criticizes Wolfgang Spohn's ranking functions theory. Spohn elaborates a theory of (dis-)belief, which is represented as the association of a numerical value (or rank) and a proposition. Starting from this notion, the doctrine encompasses the most important concepts debated within epistemology and philosophy of science: causation, "ceteris paribus" clauses, induction, laws of nature, scientific explanation. I resume first of all how Spohn's doctrine incorporates and refines Peter Gärdenfors' one, which preceded and inspired it. I then emphasize its superiority as to David K. Lewis' counterfactual definition of causation. Spohn's doctrine is subsequently confronted with Wöhler's discovery of urea synthesis and the elaboration of the periodic table of elements by Mendeleev in order to develop some objections regarding his treatment of scientific laws. 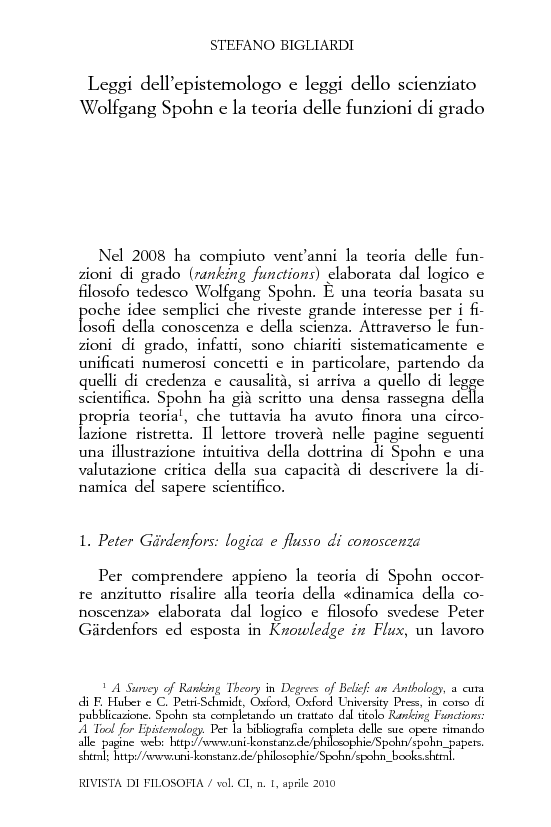