The paper is concerned with the myth of Jones, the influential thought-experiment that Wilfrid Sellars narrates in the last part of "Empiricism and the Philosophy of Mind" (1956). On the one hand, the paper historically reconstructs Sellars's philosophical background, with a special concern for Wittgenstein's and Ryle's attempts in the philosophy of mind, and it gives a characterization of Sellars's main goal, i.e. to show that one should reject both the Cartesian picture and its behaviouristic alternative. On the other hand, the paper provides a piecemeal analysis of Sellars's thought-experiment, considered as an argument in narrative form, and it points out the manifold forms of behaviourism, which such an argument depends on. In the philosophy of language, Sellars presupposes a behaviouristic account of language acquisition, which is at odds with the view that Chomsky successfully put forward during the same years, but does not make Sellars's argument invalid. In the philosophy of mind, as the examination of the correspondence between Sellars and Castañeda can show, Sellars gives a behaviouristic account of self-knowledge, which makes the myth of Jones invalid. 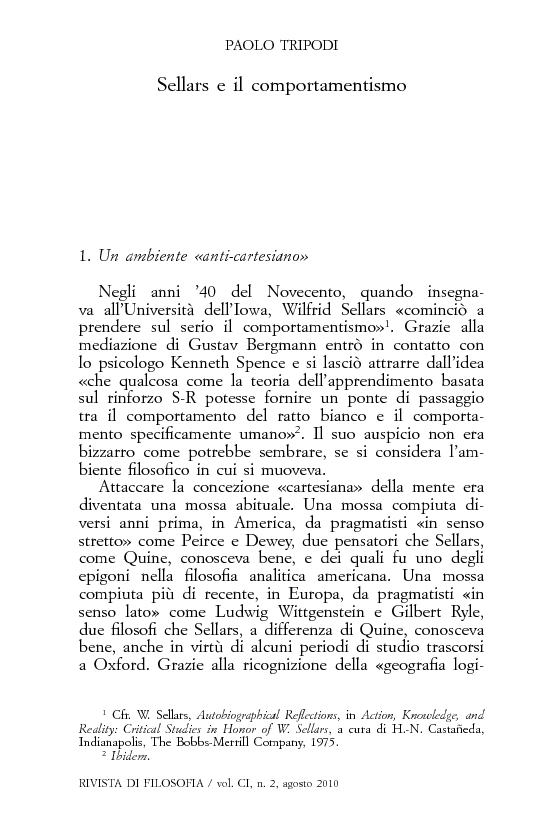