Hans Jonas, the well-known philosopher of the «imperative of responsibility», in the 1960s developed an interesting «philosophy of nature». Born in Germany, he had long before emigrated in the USA to escape from the Nazi prosecutions. In his autobiographical essays he claims that his view of the living being was original, without any influence from other authors or philosophical movements. He also says that, when he was a student of Heidegger, no German philosophers played true attention to nature and organism. But this statement is not true. Between 1920s and 30s, the problem of life was a major issue in German culture and the subject of lively de¬bates between biologists and philosophers. In particular, philosophical anthropologists such as Scheler and Plessner proposed a new idea of organic being and new conceptual tools in the research on vital characteristics. More than that, their view had many points in common with Jonas's theory. In this background, Jonas's statements appear unsupported and unwarranted. 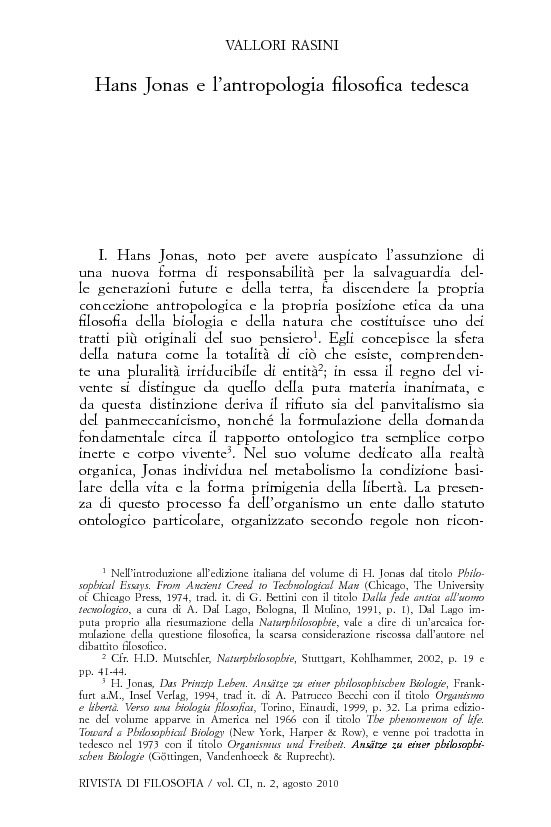