Facing the problems of international politics and the structural deficiencies of international organizations, current philosophical and political analysis looks for an answer to the issue of international order in the Kantian and Kelsenian tradition, converging towards the assumption of a democratic perspective with strong cosmopolitan traits. Globalisation as well as the normative issues emerging with the model of European constitutional democracies have undoubtedly favoured the development of new institutional arrangements and novel forms of transnational associations. But they have also stressed the involutions and pathologies contrasting with the project of modern democracy. Over the last years, the optimistic forecasts focusing on an unstoppable progress of market, democracy and constitutionalism have given way to diagnosis that a) tend to minimize the positive correlation between globalisation and constitutional democracy, b) lay emphasis on the negative consequences that the first may have on the latter, c) worsen the impact of globalisation on constitutional democracy. 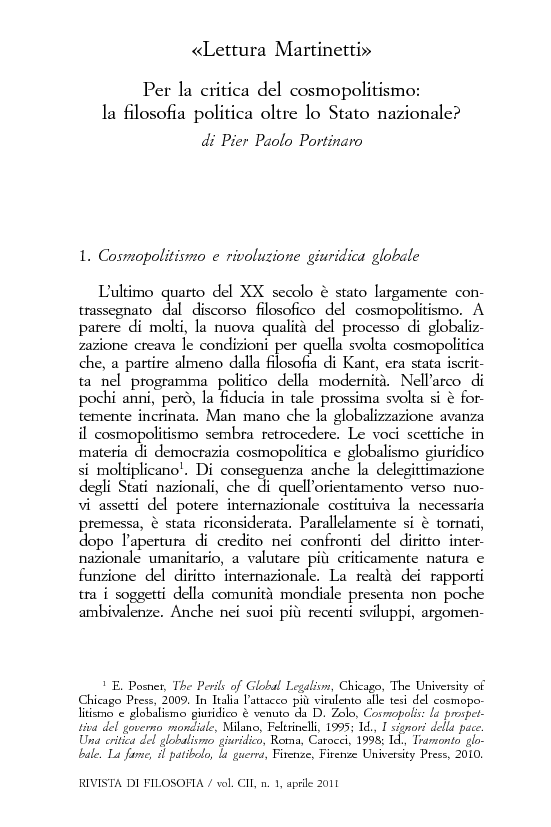