In some sectors of contemporary culture the image of science and technology has been increasingly discredited, and this, in turn, has had important effects on public discussion and on policy choices concerning scientific research. It is, on the face of it, paradoxical that the growth of knowledge and technological innovation should come under such a determined and zealous attack on the part of intellectuals. In this article, I attempt to clarify the origin of this paradox, examining certain reasons for the discrediting of science that can be traced to (i) people's natural, everyday attitudes and (ii) the cultural attitudes of an intellectual elite, formed in the face of scientific development and technological innovation. In conclusion, I put forward a conjecture about the unfortunate congruence that exists between the theses defended by the enemies of science and certain recent changes in the nature of public discussion in contemporary democracies. 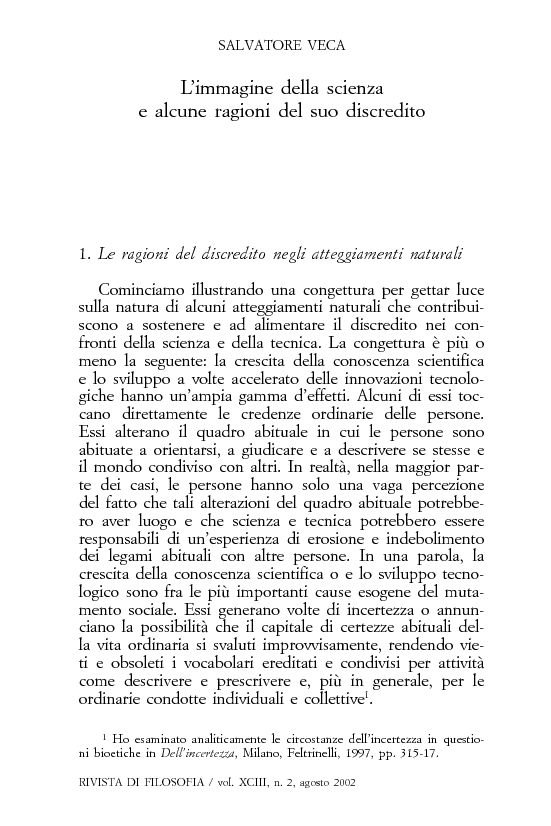