Piero Martinetti was one of the most important Italian philosophers of the first half of the XXth century, together with Benedetto Croce and Giovanni Gentile. He wrote an "Introduction to Metaphysics" (1904), a book on "Freedom" (1928), the volume "Jesus Christ and the Christianity" (1934), other volumes on Spinoza, Kant and Hegel, and many essays on philosophy of religion, mostly published in the "Rivista di filosofia" and collected in "Essays and Discourses" (1926) and in "Faith and Reason" (1942). Martinetti opposed the "immanentistic" orientation of idealism both of Croce and Gentile, in the name of a religious philosophy which understood the reality as a process of unification with the absolute. At the same time he fought against the Neoscholastic philosophers of the Catholic University of Milan, and specifically against the support of the Catholic Church to the Fascist regime after the "concordato" of 1929. The paper offers a sketch of the personality of Martinetti and of his path toward a "spiritual Christianity". 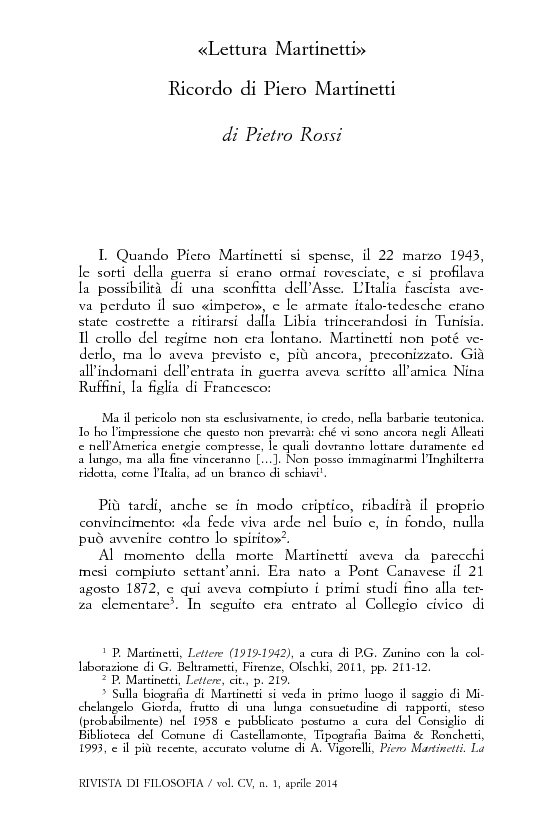