The annual Martinetti Lecture is not only a duty, or an occasional tribute, but a true imperative springing from the acknowledgement of a thought, and a life, largely conceived as a query about the meaning and responsibility of the philosopher and of philosophy itself. The 1920 lectures held at the Society of Philosophical and Religious Studies about "The Task of Philosophy at Present", are the symbolic start of this route, which aims at approaching some aspects of this problem within the frame of the Twentiethcentury thought, from Gentile to Croce, from Patocka to Bachtin, from Valéry to Merleau-Ponty. This work clearly shows that reason works even where it seems to be canceled and the philosophical thought cannot be posited with no implication of an ordering of knowledge, capable of perceiving the transcendental connections, the living specificities and the operational capabilities, the renewed search of his perennial (historical and critical) task. 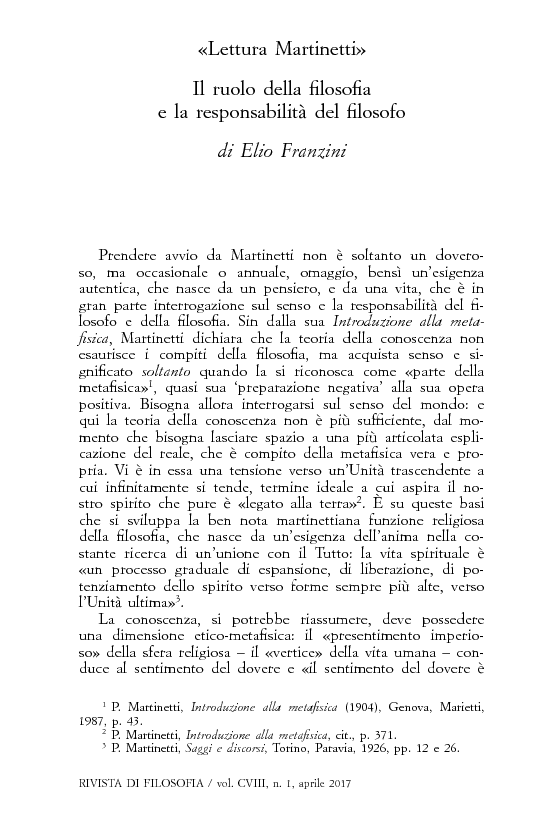