Patricia Churchland's seminal book, "Neurophilosophy", published in the mid-eighties, famously lamented the obliviousness of philosophers and cognitive scientists to neuroscience. Thirty years later, things have changed radically, and the neurocentric perspective - the idea that «the mind is the brain», or that brain science is the fundamental (if not the only) instrument to understand mental phenomena - not only is widely endorsed by many mainstream philosophers, but also lies at the heart of contemporary «neuroculture ». The main justification for neurocentrism, however, seems to rely on an optimistic induction from the extraordinary success of neuroscience in widening our knowledge of mental phenomena to the conclusion that all we need to gain a complete understanding of the mind is neuroscience. In this paper I criticize this inductive route towards explicative monism (which faces hard times when confronted with the explanation of the interface between the ne rocomputational and the personal minds), and suggest that there are epistemological and metaphysical reasons to adopt some forms of explicative pluralism. 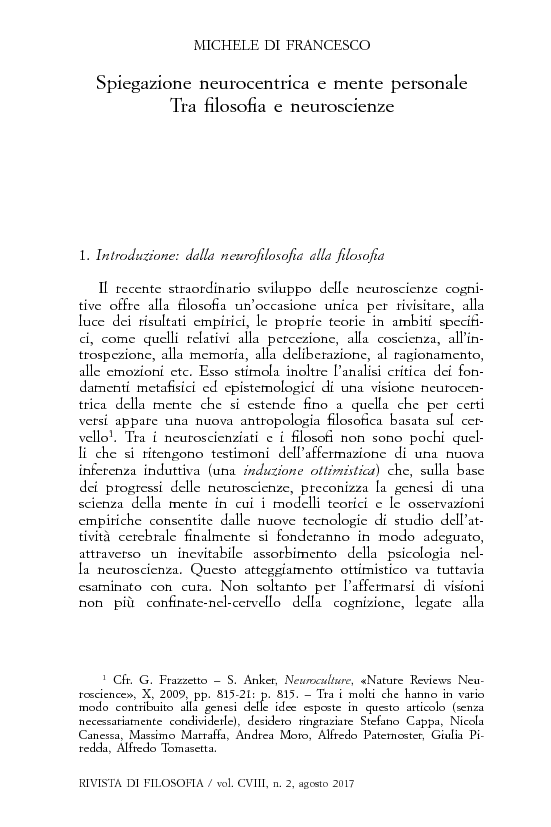