While intentionality and its significance, as well as the issue whether or not an intentional object exists, are themes currently debated among Brentano scholars, poor attention has been paid to the concept of mental act. However, one of the main theses of Brentano's "Psychology from an Empirical Standpoint" was the primacy of mental act in psychology. In my paper, I consider some assumptions of Brentano's psychology concerning the nature of mental action for his ontology of mind, and I offer an analysis of some arguments for the primacy of this concept. Along the way, I compare Brentano's view with Herbart's conception of mental act, emphasizing both deep similarities and differences between their positions. Against a representationalist interpretation, I discuss the key significance which mental act has for the development and articulation of Brentano's ontological theory of mind and consciousness. 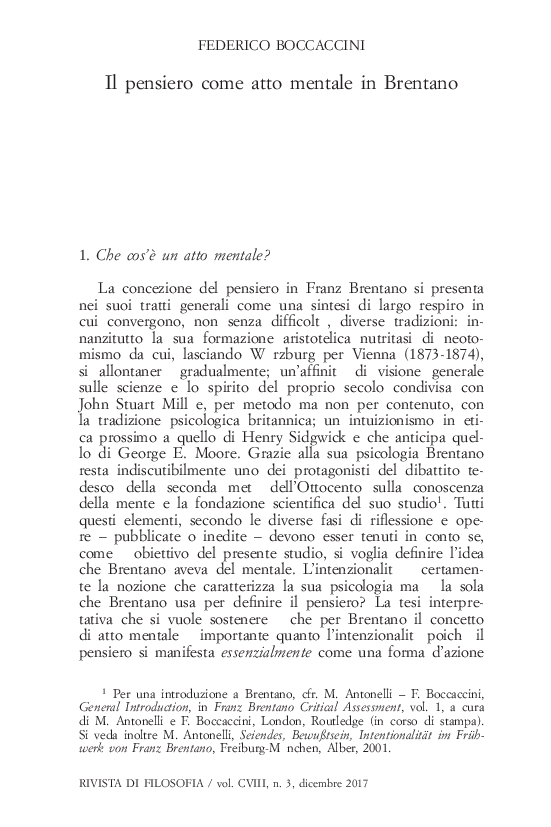