In this paper I analytically criticize and comment the alleged debate «Sic et non», published in this journal (issue CVIII, pp. 91- 107, April 2017), between Alessandro Minelli and Massimo Piattelli Palmarini. The debate was about the current status of «Darwin» in evolutionary biology today. I argue that the dialogue is based on terminological inaccuracies, out of date literature, and incoherent reasoning. One of the alleged duelists (Minelli) does not answer the question, and the other one puts forward three criticisms to the current neo-Darwinian theory that are both epistemologically, and scientifically inconsistent, sketching puzzling alternative explanations for evolutionary phenomena that are well understood through the neo-Darwinian lens. Moreover, and more seriously, the second duelist (Piattelli Palmarini) represents the original Darwinian theory in a biased and misleading way. Both duelists outline the ongoing debates on the evolution of the neo-Darwinian scientific research program in unsuitable, dramatic terms. As a result, the debate is philosophically pointless, due to the discrepancy with the actual researches in the field. 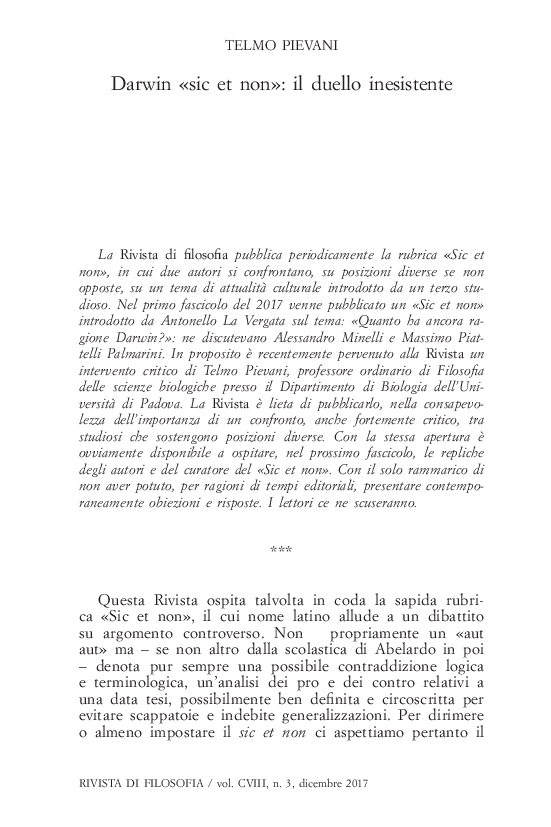