In the first half of the 20th century Piero Martinetti was doubtless an eminent philosopher, he was perhaps the most important figure within the Italian philosophical landscape besides the very influential idealism of Benedetto Croce and Giovanni Gentile. However, Martinetti firmly refused both Croce's historicism and Gentile's actualism. He endorsed instead a kind of religious, transcendent idealism resting on the Kantian legacy. Moreover, Martinetti's opposition to Fascism during the interwar period contributed to his acknowledgment as a moral hero by some remarkable exponents of the young generation (such as Norberto Bobbio or Ludovico Geymonat). In the aftermath of his death (1943) Martinetti's philosophical heritage was increasingly forgotten. As a result he was quickly considered as belonging to a philosophical past. In recent time, however, a renovated interest towards Martinetti's work has stimulated a closer inquiry into both his thought, and his historical context. The question this article attempts to answer is how Martinetti can still be considered as a point of reference for contemporary Italian philosophy. His moral, Kantian insight and his commitment to defend human dignity surely represent a good lesson that we cannot forget. 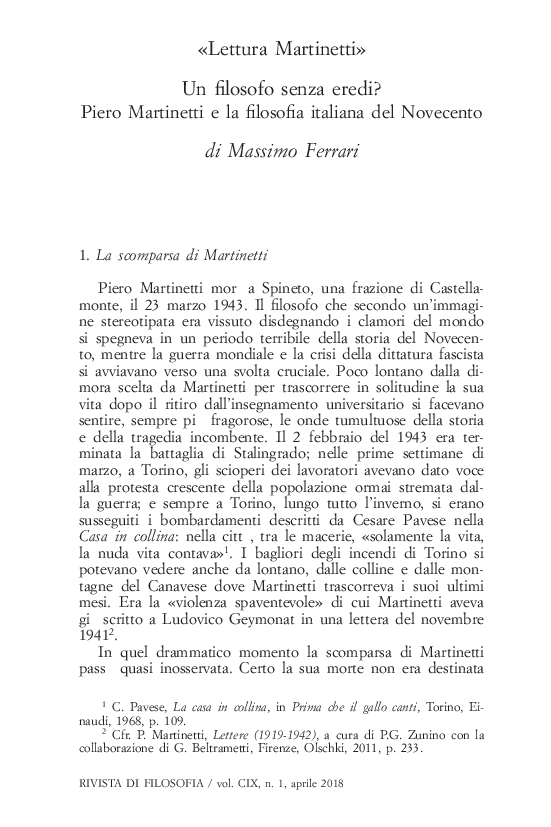