The Hegelian and Kierkegaardian studies made by Jean Wahl are often considered preparatory to the dissemination of French existentialism. Wahl's well-known interpretation of Hegelian «unhappy consciousness», which Kierkegaard - in his view - would have represented a sort of embodiment of, is considered an «existential» reading, one the basis of its tragic implications. This article does not deny the presence of tragic aspects in these interpretations of Wahl. However, it denies that those negative motifs are isolated and proposes, instead, to read such themes as related to opposite, i.e. positive ones. The aim of this analysis is to demonstrate that in Wahl's Hegel there is also a «happy consciousness», which dialectically connected with the unhappy one; likewise in Wahl's Kierkegaard the «sacred» is related to the «sacrilege», «transascendence» with «transdescendence», beatitude with sin. An examination of these profiles of Wahl's philosophy can lead to reconsider his profound relationship with the philosophy of existence. 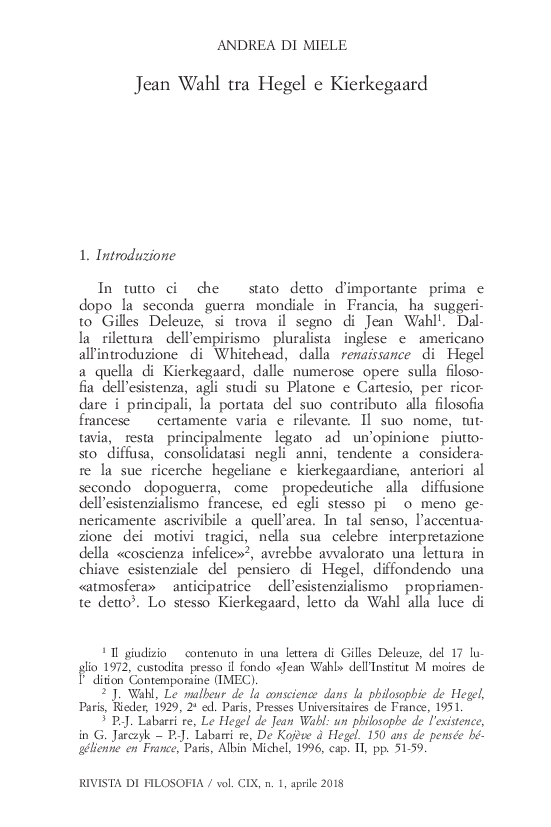