In this paper I argue that a specific case of belief - religious belief - shows in a particularly striking way that the project of turning belief into knowledge with the addition of necessary and sufficient conditions is misguided, and that a different account of cognition is therefore needed. In the final part of the paper, I gesture at my proposal for such an alternative account. This account, I claim, is both traditional and novel - traditional insofar as it builds on some insights from the history of epistemology which should, in my view, be recovered; novel insofar as, in so doing, it proposes a conception of knowledge significantly different from what was regarded until recently as the 'standard' account. 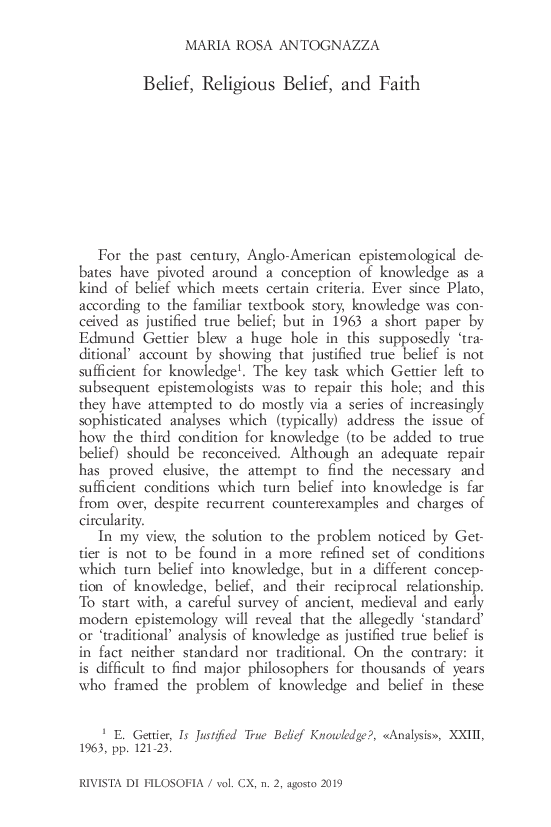