This paper discusses the concept of philosophical revolution focusing, first of all, on some historical examples (Descartes, Kant, Husserl, the analytic philosophy). According to the author, it is indeed possible to claim that there are some affinities between scientific and philosophical revolutions, although the specific development of philosophical thought can be properly described – following Giulio Preti’s suggestions – as an ongoing alternation of continuity and discontinuity, as well as of tradition and innovation. As a result, we may attempt to find a third way between the idea of crucial events such as philosophical revolutions and the skeptical denial of any kind of progress or conceptual change in the history of philosophy. 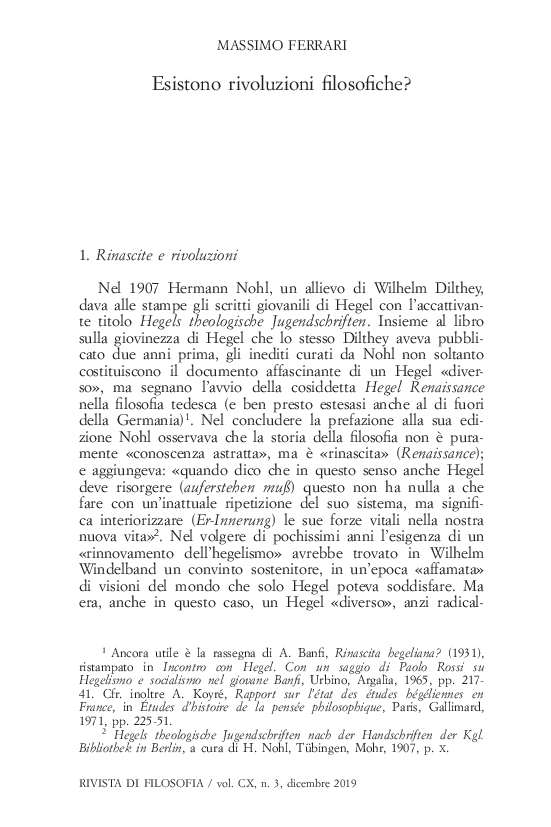