This article looks at a high-profile debate concerning the existence of a separate immaterial and immortal soul, which took place in the context of the charged political situation following the «Glorious Revolution» but is largely forgotten today. The official doctrine was questioned by a variety of authors, some possibly linked to Socinianism. While some irreligious thinkers like Collins or Toland entered the debate, the main protagonists were heterodox Christians who were shocked by some theologians’ claims that even God could not create thinking matter. They were nevertheless accused of Epicureanism and atheism. They considered the official doctrine to be a pagan import and wanted to return to the «true» Christian teaching that the whole individual dies (or sleeps) until the last judgement, when all are resurrected and enter immortal life. Locke’s discussion of thinking matter should be understood in this context. The article finishes with a discussion of the politically radical Unitarian scientist Joseph Priestley, in the late Eighteenth Century, who is part of the same tradition. 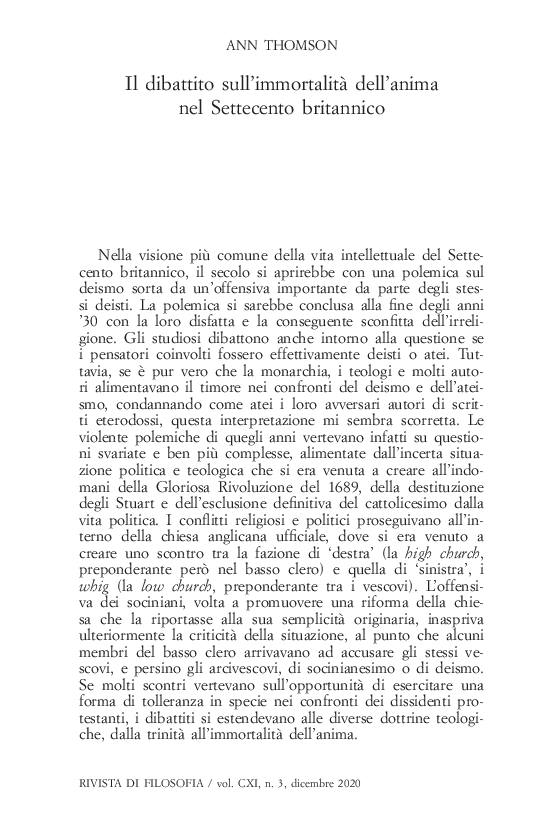