Lord Hervey – courtier, writer, philosopher and poet – was a member of the establishment during the last years of Robert Walpole’s government. In his character he epitomized the equivocal traits of marginality and snobbery mixed with the eccentricity typical of his social class. He adopted a vegetarian diet, never drank alcohol, and inclined towards an eager bisexual appetite, indulging in feminine poses. He wrote against the segregation of women, was active against religious intolerance, and supported the freedom of the press. His very modern personality displayed new qualities and new weaknesses while, during the first representative political government, his attitude pointed to the emergence of a distinction between public and private life. 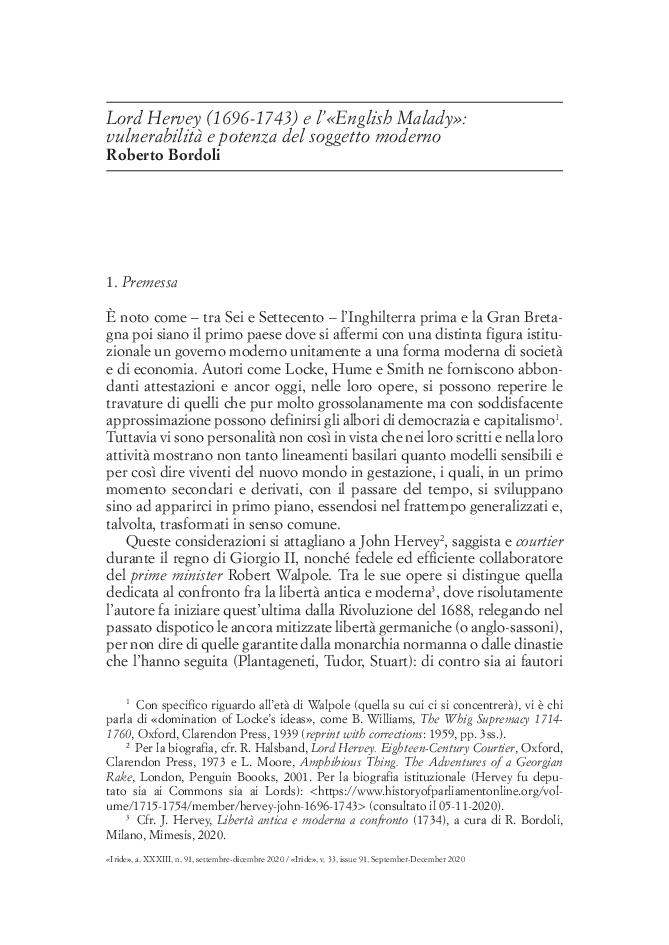