The essay traces the intense philosophical reflection of Elena Pulcini, designing also some profiles of her intellectual biografy. In the core of the analysis, are placed the reflection on Critical Theory, on the thought of the classics, primarily Rousseau and Tocqueville, the feminist theory and the question of global challenges, starting with the environmental and climatic one. Through a critical reflection on Modernity, Pulcini outlines an alternative view of subjectivity: vulnerable, relational and in touch with own passions. The question of care is explored, starting from the fear for the fate of our planet and connected with an idea of justice, which is fed by the perception of injustice, shaped by the tragic experiences of the «other» far away in space and time. The «homo empaticus», motivated by passions, thus emerges as the only possibility to make an audacious change of perspective, capable to contrast the indifference and denial of contemporary narcissism. 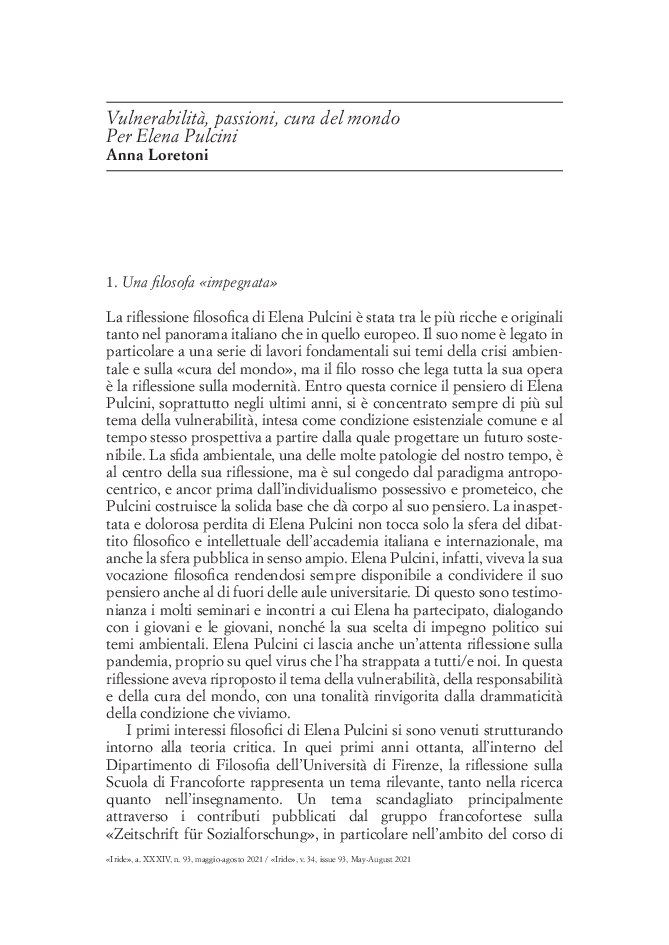