In this essay, the different seasons of Salvatore Veca’s philosophical research are reconsidered. The first phase found its focus in a critical reconstruction of Kant’s theory of modality, under the influence of Enzo Paci’s phenomenology. The study of Marx’s philosophy and economic theory represents a second stage, which led him to conclude that Marx is the last of the classics and to highlight our distance from his scientific program and his conceptualizations. The fully mature phase of his research is marked by the reception and critical reformulation of Rawls’s political philosophy, and more generally by the critical discussion of the contributions of Anglo-Saxon philosophers, from Michael Walzer to Bernard Williams. In the last years of his life, Veca focused in an original way on the notions of uncertainty and incompleteness, on the one hand, and of possibility, on the other; but he did not fail, at the same time, to address the new problems of a theory of justice, focusing in particular on the possibility of a global justice 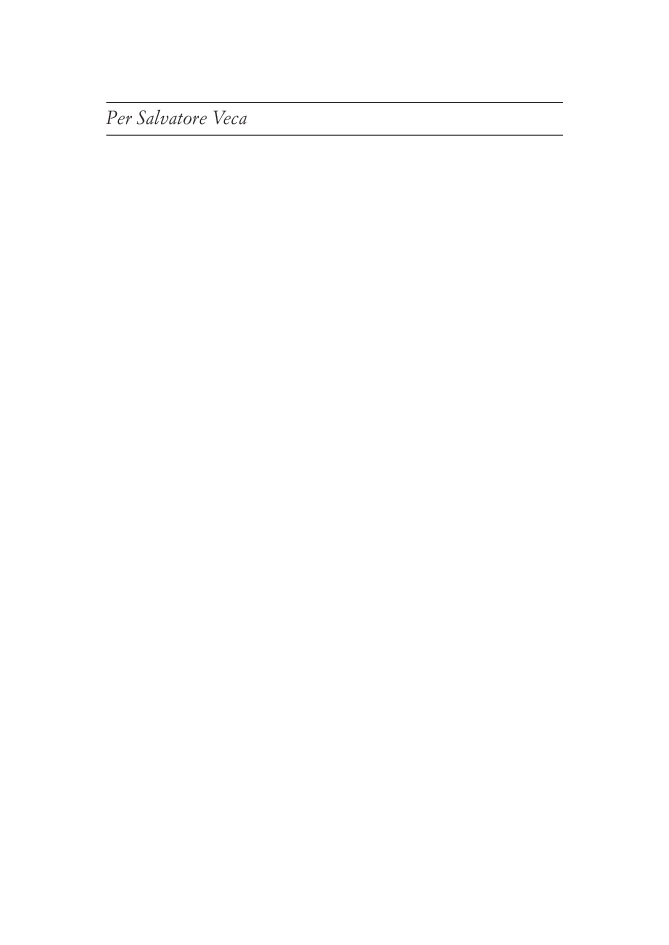