The thesis argued in this paper is that political philosophy cannot do without the normative dimension, which constitutes its most important guiding thread from Plato to Rawls. The article also argues, however, that normative models, to be interesting, must meet two conditions: first, to speak of possible (or at least attainable) worlds and not of unrealizable worlds. Second, and this happens more rarely, to pose the problem of understanding why good models have such a hard time making their way into the real world. That is, to reflect on what are the actual forces, obstacles, resistances, and forms of domination with which any normative proposal must measure itself in order to affect reality 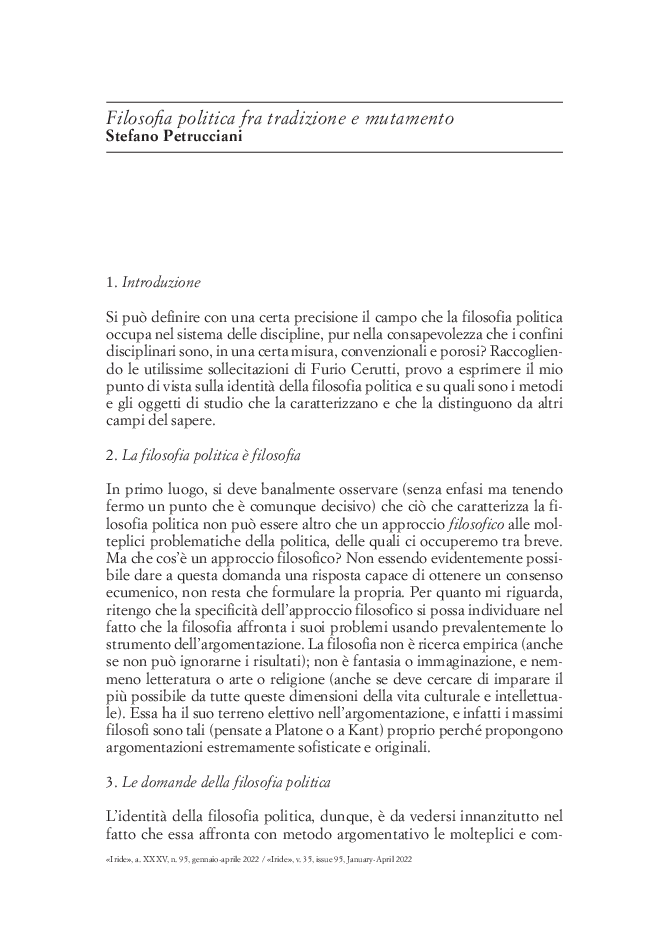