This text proposes to rectify the dominant and misleading image applied by secondary literature to the figure of Gaston Bachelard. First, we reconstruct the context of the first phase of reception of Bachelard in France, which questions his «dualism» (Hyppolite, Dagognet). Then comes the second phase with Vadée and Lecourt under Marxist-Althusserian influence. We also question the third wave, from the 80s to the present day. We finally present the surrationalist figure of Gaston Bachelard through the notion of spectrum, the essential predominance in his theoretical works of modern mathematics and theoretical physics, as well as the fundamental importance of Einstein’s theories. 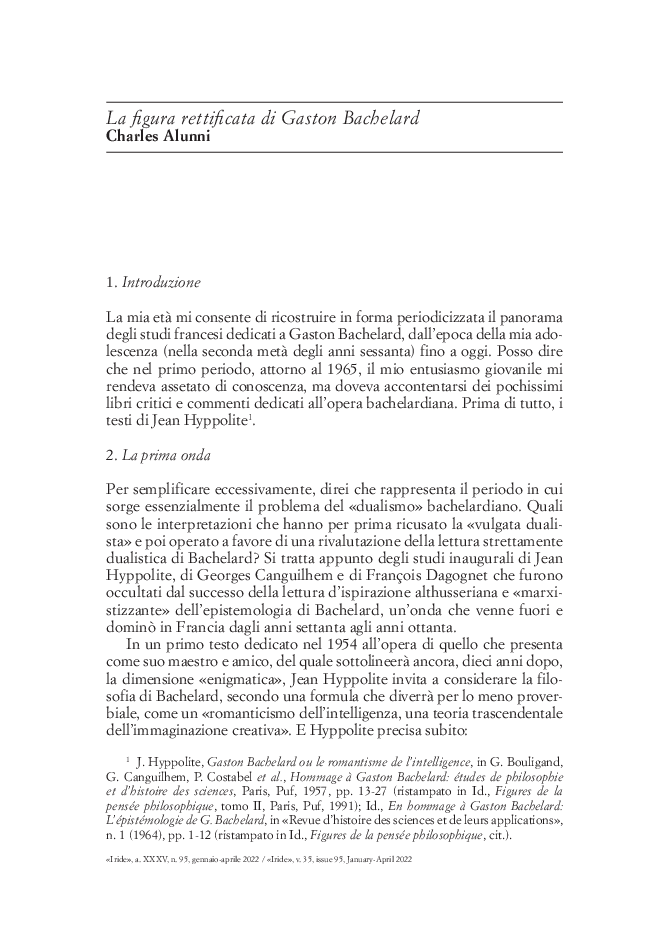