Although it is sometimes neglected by the interpreters of Gaston Bachelard’s thought, The Dialectic of Duration (1936) holds an important place in his works. The aim of this paper is to observe some key-points of this book in order to show that the concept of time here exposed plays a fundamental role within the whole philosophical production of the French author. In this regard, we focus primarily on the contrast between Bachelard and Henri Bergson, the main polemical target of the text. Secondly, we highlight the importance of some thinkers who have almost disappeared from the contemporary philosophical debate (such as Octave Hamelin, Eugène Duprèel, Lúcio Alberto Pinheiro dos Santos) for Bachelard’s conception of temporality. Eventually, we suggest some rectifications of the bachelardian interpretation of discontinuity in the scientific inquiry 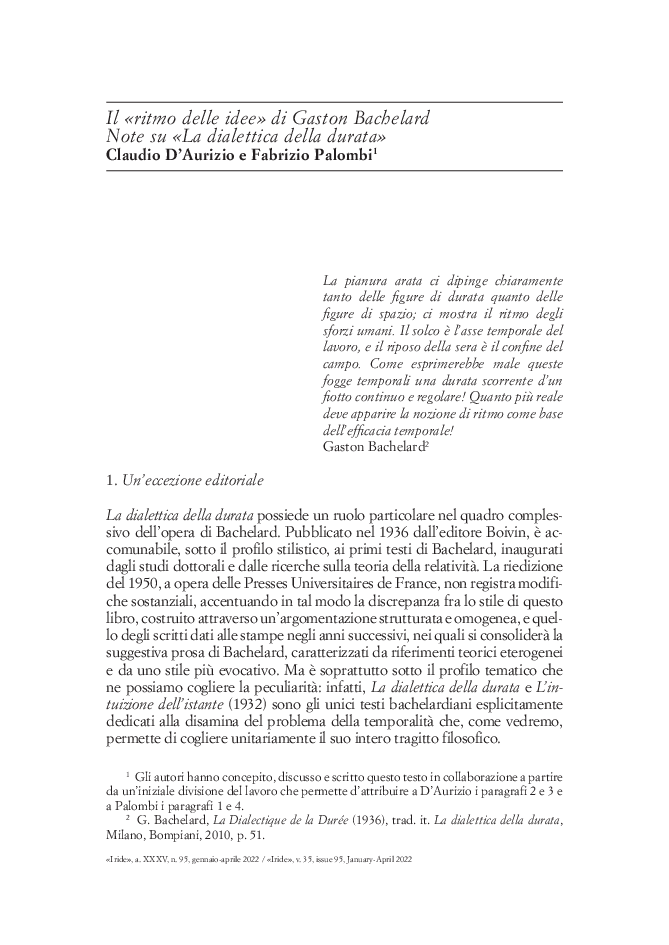