In his last series of lectures at the Collège de France, Foucault offers a completely new analysis of the Cynic school of philosophy in Ancient Greece. He shows that the Cynic movement inaugurates an innovative characterization of truth as a test for life, rather than as a criterion for the differentiation of logos. This exam allows Foucault to trace an original distinction, within philosophy, between two branches: the Platonic one, which poses the problem of the access to a transcendent world starting from an «askesis» and knowledge of the soul, and the Cynic one, which instead poses the question of the transformation of the world, beginning with the proofing of one's own life and a continuous provocation of others. 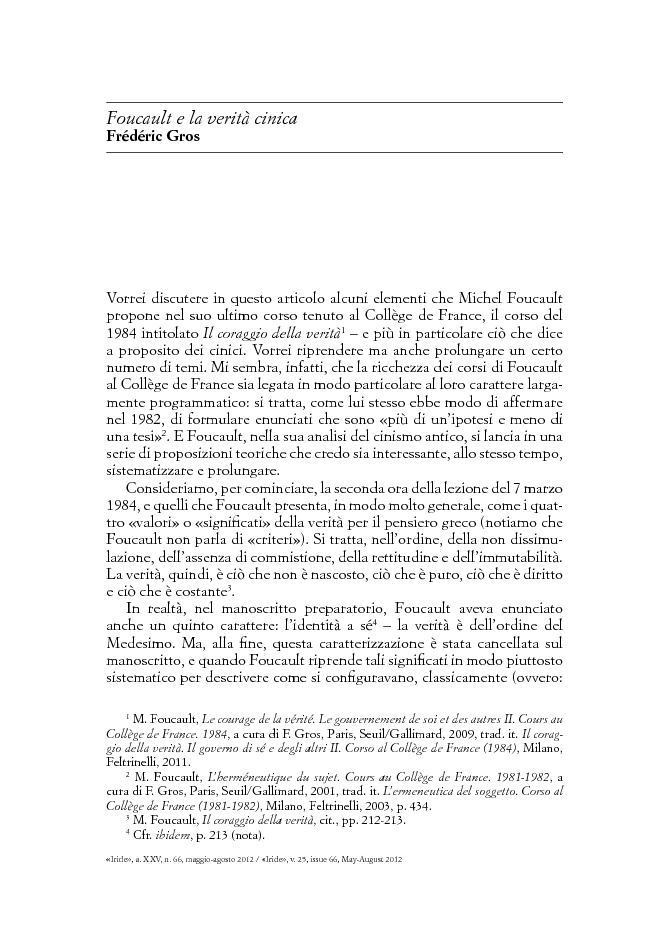