Philosophy, often referred to as a «discourse on the universal», is characterized, on the contrary, by national or even local peculiarities. Practicing philosophy has often meant being faced with an alternation of models and canons, each claiming to be definitive. The case of Italy, a country which massively imports foreign models, is certainly prototypical under this respect. After a period of subjection to German philosophy, we have witnessed, over the last decade of the past century, the big «landing of analytic philosophy», resulting in a progressive fragmentation of lexicons, vocabularies, and research agendas. Owing to the present situation of philosophy, linguistic, academic, and media problems can only be overcome by bringing about a synthesis of scientific and theoretical skills on one hand, and public relevance on the other, within the unitary corpus of a constitutively bilingual - and therefore, truly globalized - discipline. 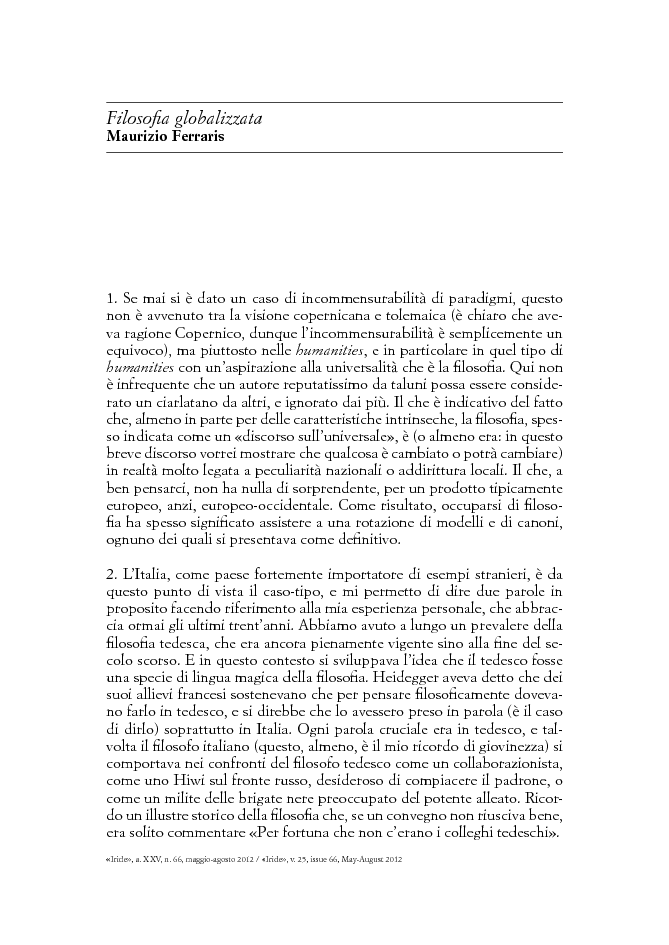