I maintain that essentialism about the female-woman and about the male-man is both unjustified and foreboding of types of stereotypical heterosexual relationships between females-women and males-men, which are wrongly claimed to be «normal» and «natural». Essentialism and heterosexual relationships are celebrated in what is still deemed in many countries (Italy included) the only «true» marriage: the heterosexual one between a (the) female-women and a (the) male-man. Since essentialism is unjustified, and there is almost nothing «normal» or «natural» in heterosexual marriage, I argue that familiar arguments in favor of heterosexuality, and against homosexuality fail and, in the end, are imbued with strong prejudices, as well as with heterosexism and heteronormativity. In conclusion, I find good reasons in favor of same-sex marriage. 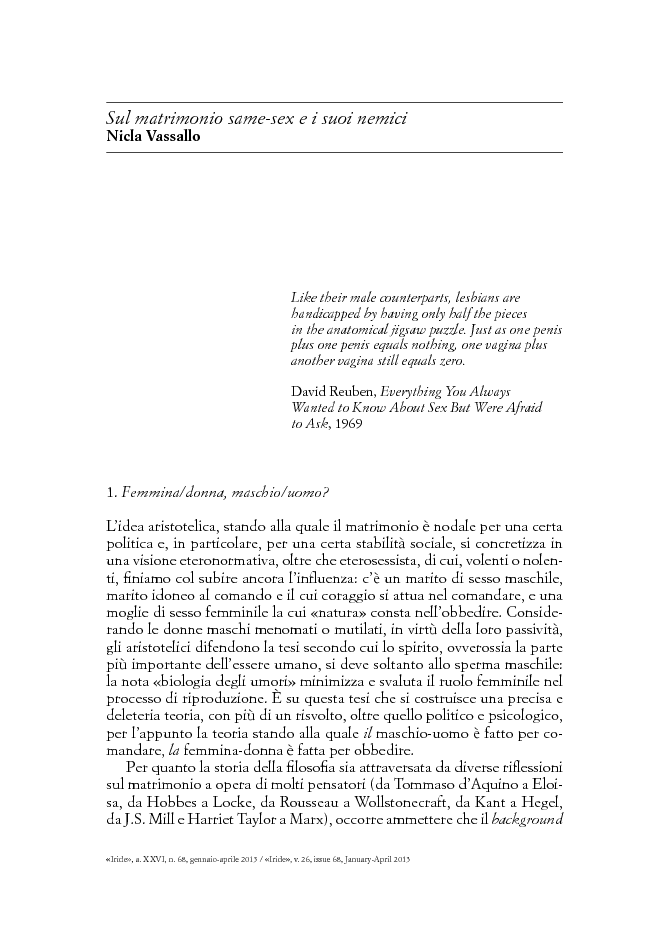