This article seeks to examine the process by which the economy of humanitarian aid was constructed in a developed society which is built around a narrow, restricted perception of vulnerability. The Tohoku disaster is regarded as a framework for improving approaches to disaster management, in which the new component - the nuclear aspect - was difficult to handle. It is also a framework which reveals the new nature of aid which, organised around the neo-liberal values of effectiveness, efficiency and autonomy, avoids actual thought about Care. In these dynamic conditions, the grieving process could not be carried out overtly, which gave rise to feelings of revolt, psychological suffering, and even suicides - a form of violence. 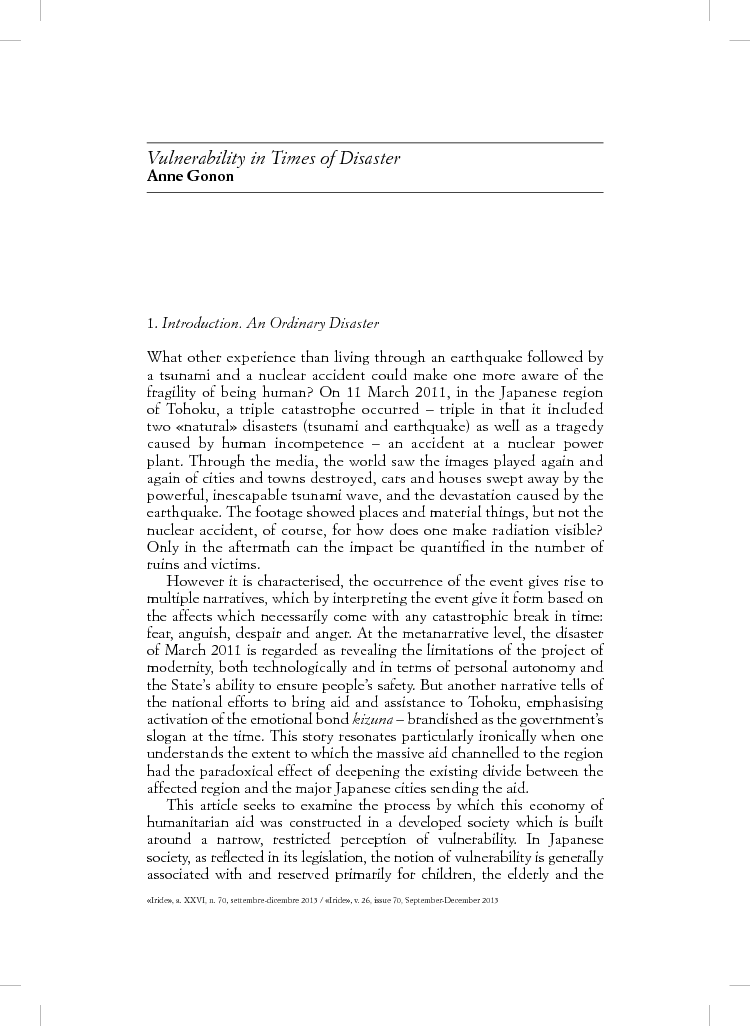