For nearly half of humanity democracy has become "the" legitimate form of government, yet processes of de-democratization affect the countries where democracy has existed for longer. In a world where an obvious advantage exists for any regime to look like a democracy, it has become increasingly difficult to tell real democracies apart from elective oligarchies. Since rules and procedures can always be imitated and enervated, it makes sense to also look at the ethos, the public culture underlying democratic institutions. After reconstructing the received view of the democratic ethos as an orientation towards the common good, equality and individuality (the legacy of Montesquieu, Rousseau, Tocqueville, Emerson, Thoreau, Dewey and Rawls), new ways of enriching such view are discussed in this article. 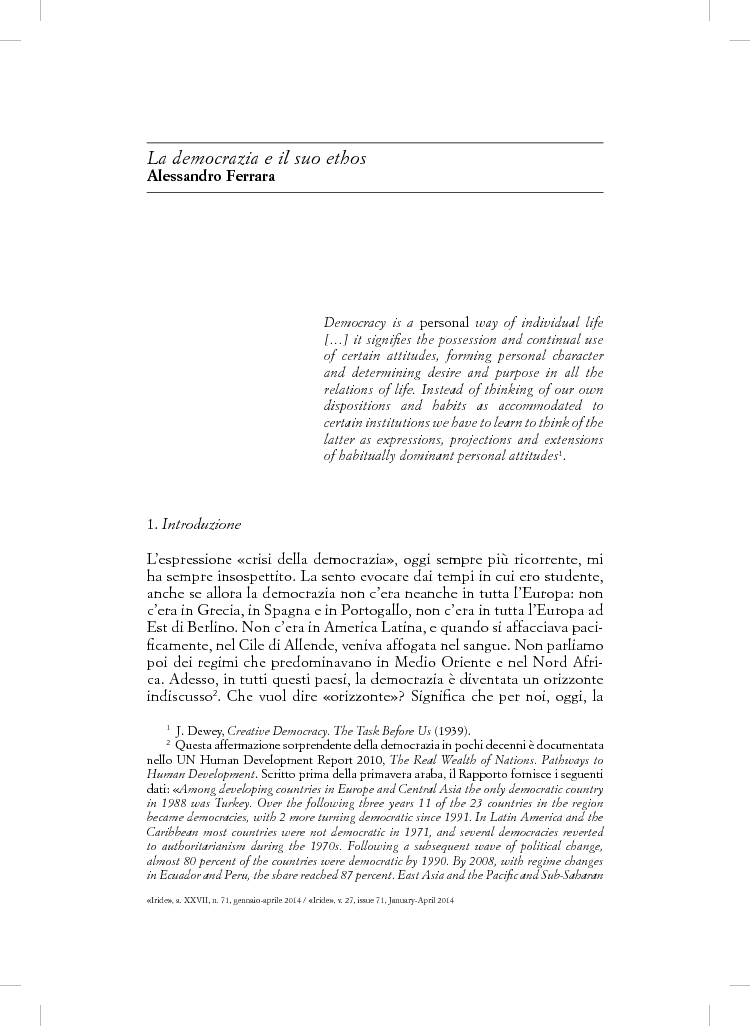