Keywords: Diogenes of Sinope; Socrates; Aristotle; Cynical Rationality; Treatment of the Self and the Others.

Ancient Cynicism is entirely based on the relationship between subject, context, and environment: it outlines the discovery of a kind of «instrumental» and «strategic» rationality founded on the concept of "Selbstbehauptung", that is the instance supporting, on the one hand, the treatment of the self, and, on the other hand, Cynic's behavior in regard to the world. Through conveniently directed work on himself ("áskesis"), the Cynical philosopher strengthens himself, makes himself reactive, becomes the architect of his own place in reality and in different societies: he is able to resist and prove victorious. The treatment of others is expressed in a series of attitudes, now aggressive, now defensive (including particularly "autárkeia"), which validate the Cynical criticism of human foolishness, conventional values, and fixed social behaviors. 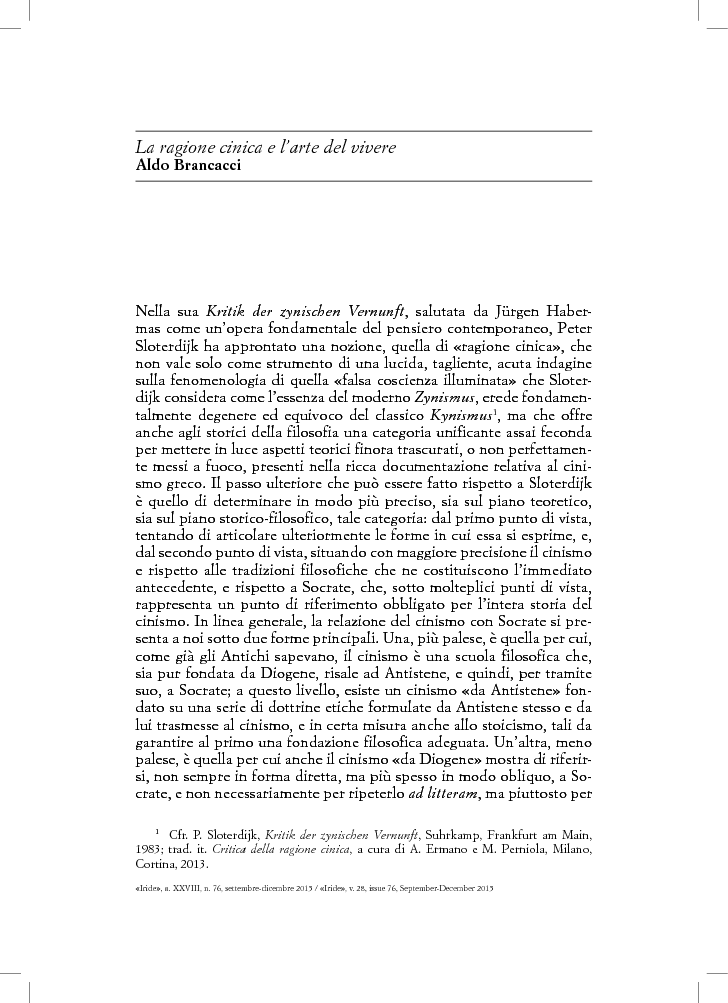