Besides discussing some selected, but relevant points of view offered by the contributions hosted in a recent volume, edited by D.E. Machuca and B. Reed ("Skepticism", London, Bloomsbury, 2018) and devoted to the long history of various forms of skepticism, the paper especially and finally focuses on the main features of ancient skepticism. Indeed, its original approach (in particular in the Pyrrhonian version) seems to exhibit the most radical and at the same time convincing kind of skepticism, defended not for its instrumental value, but rather proposed as an autonomous, coherent, and effective philosophy, intended as a powerful recipe for reaching happiness. 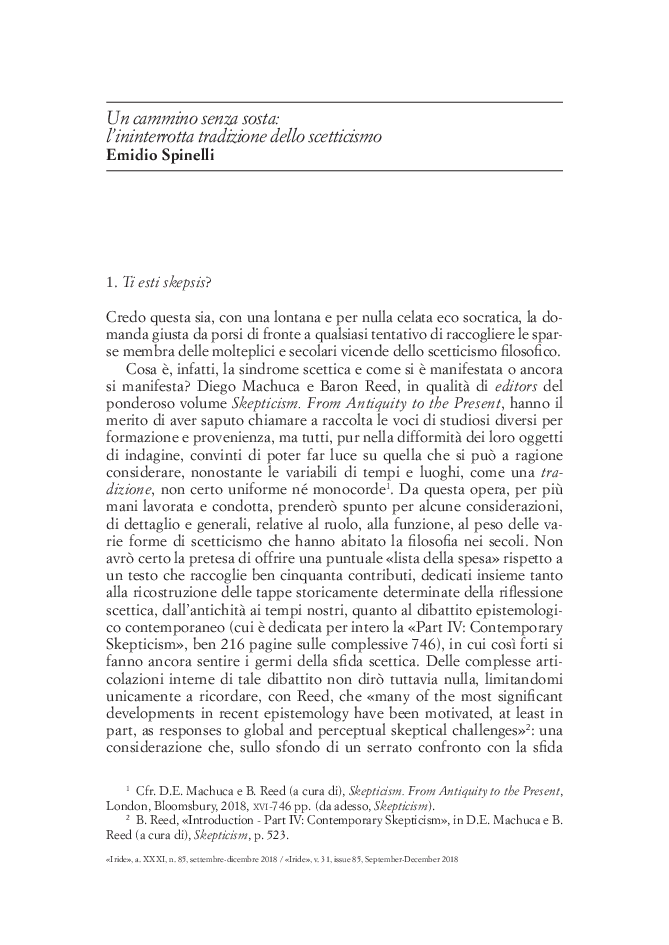