Through the analysis of Remo Bodei’s principal works, the author aims to enlighten Bodei’s style of research and his main theoretical achievements. Bodei’s philosophy is characterized by both a historiographical and theoretical research which always stems from contemporary issues. In this framework, the relationship with Hegel’s philosophy is pivotal, because of its topics, and because of the autonomy of philosophy with respect to its time. Overall, Bodei’s research is characterized, on the one hand, by an idea of modernity as having jeopardized some of the key concepts of our culture (identity, self, reason, passions, domination, submission, etc.) without filling the gap opened by this critic. On the other hand, by an ethical dimension deriving from the idea of a reciprocal acknowledgement between individuals as the sense to be taken within the current transition of modernity. 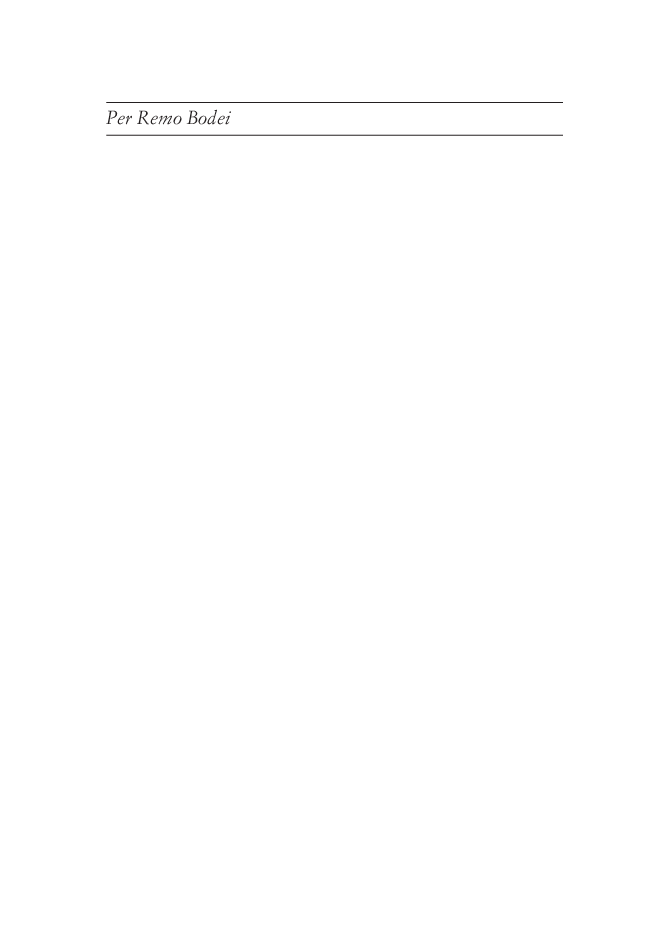