Political parties are one of the great inventions of political modernity. The way Max Weber defined them in the early 20th century, at the dawn of mass democracy, remains a crucial reference point for any debate on party politics: they are associations whose objective is the struggle for power. Parties were invented in America when franchise was extended and spread to Europe when universal suffrage was introduced. This paper revisits their trajectory and shows how it was closely linked to the revolution in the communication systems, i.e., to the circulation of newspapers and the creation of railways. Parties’ fundamental and innovative contribution – the organized mobilization of voters – made them formidable competitors vis-a-vis both state and economic powers, but also turned them into an easy and consistent target of criticism. The critique of parties is a constitutive element of their history – a trope, an attitude, and a vision of political action that cuts widely across the centuries and continues to resonate in our present. The new communication technologies, i.e., the television and the Web, and the ways they shape public opinion and forge the style and contents of the political debate in liberal democratic societies has powerfully affected the role and reputation of parties. The article traces the life and times of parties in their American and European variants to see what parties have become and what, perhaps, they can be. 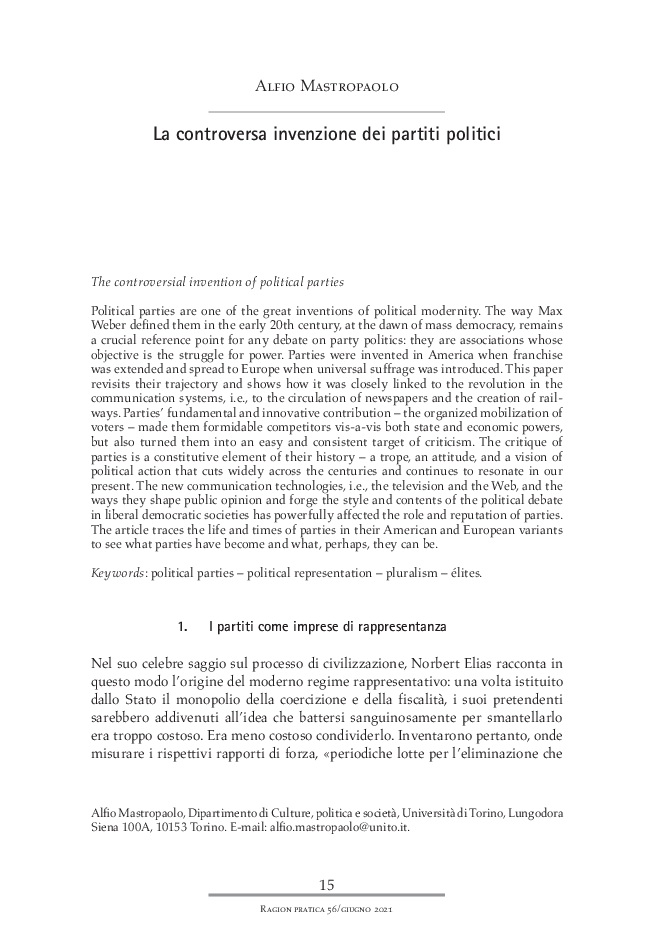