This article examines the Italian debates on parties in the age of the Constituent Assembly, to argue and demonstrate that such debates offer a neglected, yet still relevant and highly valuable, contribution to the growing democratic theory literature on the relationship between parties and democracy. More specifically, the essay synthetically maps the main arguments of three different and competing visions: the one of Lelio Basso, which was crucial for the formulation of Article 49 of Italy’s democratic Constitution; the one of Costantino Mortati, which, already under the Fascist regime, had prompted a new conception of the relationship between the party and the constitutional order; and the one inspired by Antonio Gramsci and underpinning Palmiro Togliatti’s project of a «new party» after World War II. These three visions of the nature, prerogatives, and place of parties within the democratic constitutional order – the articles contends –, and especially the second and the third ones, allow to draw new attention to the «constituent» role of political parties in democracy, beyond standard (and insufficient) accounts of parties that loom large in contemporary democratic theory. 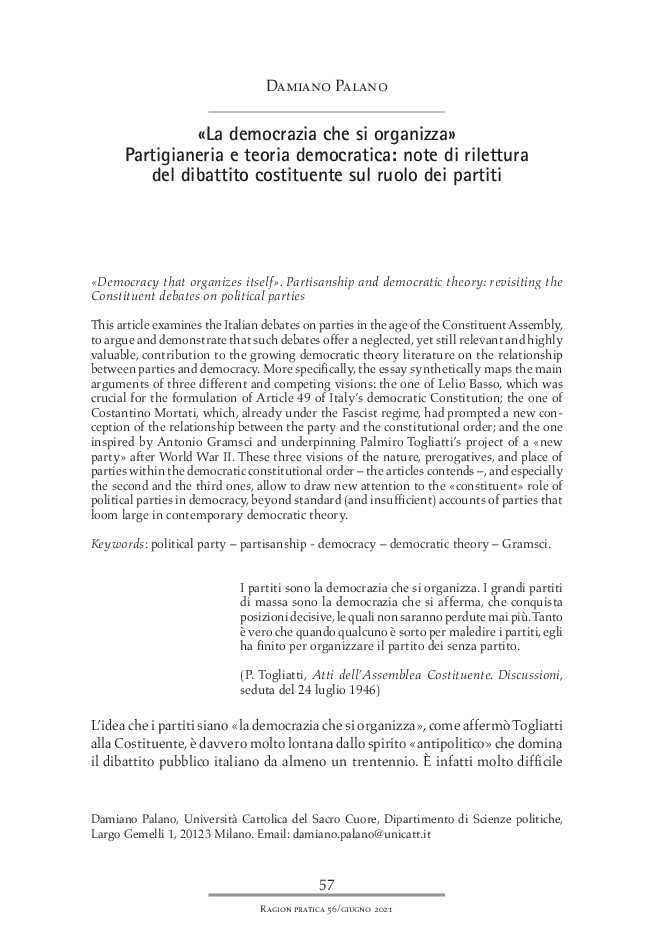