This article focuses on the transformation of EU law through the anti-discrimination provision, art. 19 of the Treaty on the Functioning of the European Union (TFEU). After presenting the drafting process of this clause, the analysis presents the large body of non-discrimination rules developed by both legislative and judiciary bodies, including non-discrimination legislation enacted under art. 19 TFEU, i.e. directives 2000/43, 2000/78 and 2004/113. Since their adoption, the ECJ developed an extensive case law which shows its inclination to expand the notion of discrimination. All the decisions ruled and the national legislation adopted to enact the anti-discrimination directives demonstrate the crucial transformation of the European integration process, and the role of human rights in it. If the Europe of the market is still strong, the Europe of the common values is growing. 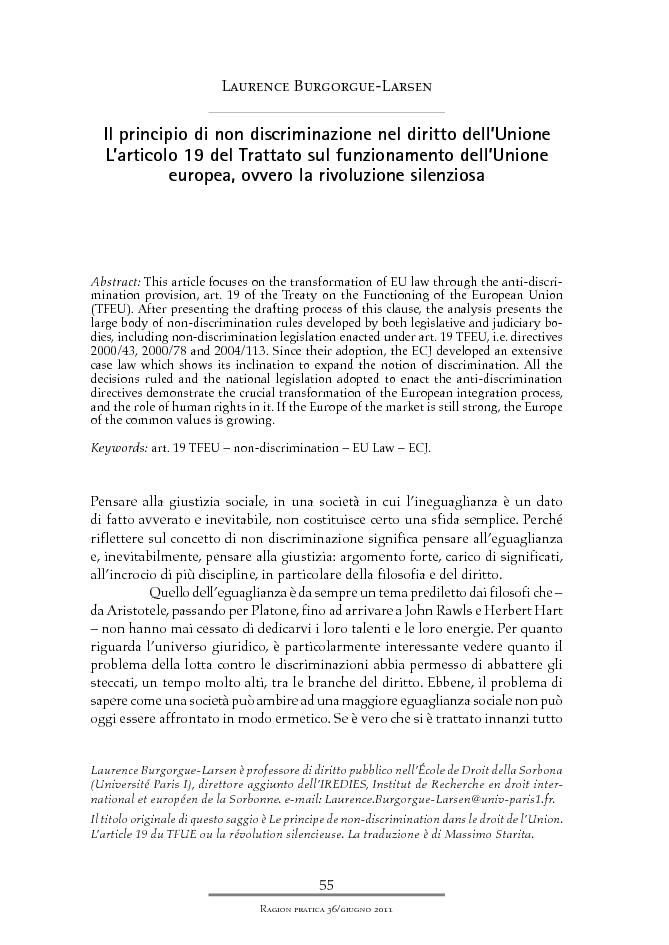