Contemporary theories of justice have only recently begun to pay attention to the international and global contexts, and their implications. In a global framework, it is now also necessary to give a fresh look at the old issue of family and justice. It is first of all the real situation of «transnational» families that has to be taken into consideration. Such families challenge traditional models in order to meet their own, new subsistence needs. Nowadays, as a matter of fact, millions of women travel and migrate alone to find jobs in the ever-expanding market of the personal services and care sector. Thus, it may happen that family members grow up and live in two or more different countries, fragmented, so to speak, and separated from each others most of the time. For these female migrant workers, new and old issues arise, as they move toward new ways of seeking a balance between their old family ties and the obligations of their novel employment forms. Some of these issues are: gender equity, the tension between equality of opportunity, and work, and family ties, the new character of old class, gender and ethnic inequalities, and so on. As the line between «rich» and «poor» countries is being re-drawn, both care labour commodification and its ethnic, gender and class redistribution change accordingly, and take on new, unpredicted forms, which we try to analyse. 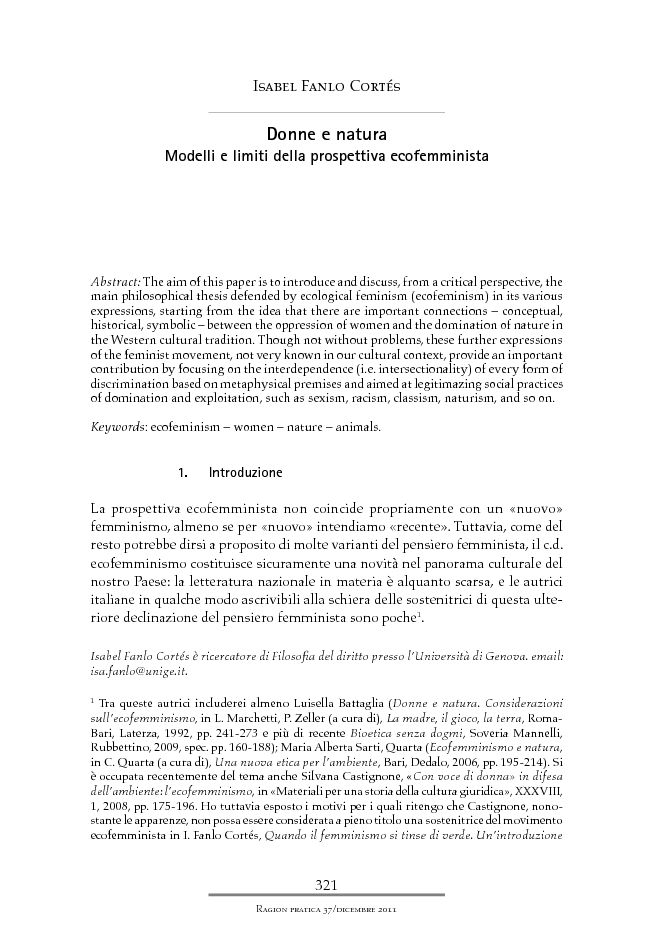