The article examines those developments in the field of feminist theory that have dealt with the (disappearance of the) notion of the subject of feminism, both as collective agent and as subject matter. In particular, it aims at examining how these developments might influence or relate to critical reformulations of the concept of discrimination and, consequently, of main topics in antidiscrimination law. The article starts by assessing the issue of intersectionality, that might be considered a common concern of both contemporary feminist theory and the more technical feminist legal theory. The original concern about the exclusion produced by the interaction of more grounds of discrimination (typically sex and race, or sex and class) has, at some point, been crossed by post-modern and post-structuralist criticism of general and abstract categories, such as subject, gender, women. The article examines, then, the criticism to the fragmentation of the subject produced by these theories and the alternatives proposed in the name of the subject of feminism and its project of emancipation. In the last two paragraphs, the relations of these developments with critical feminist reformulations of antidiscrimination law are explored. 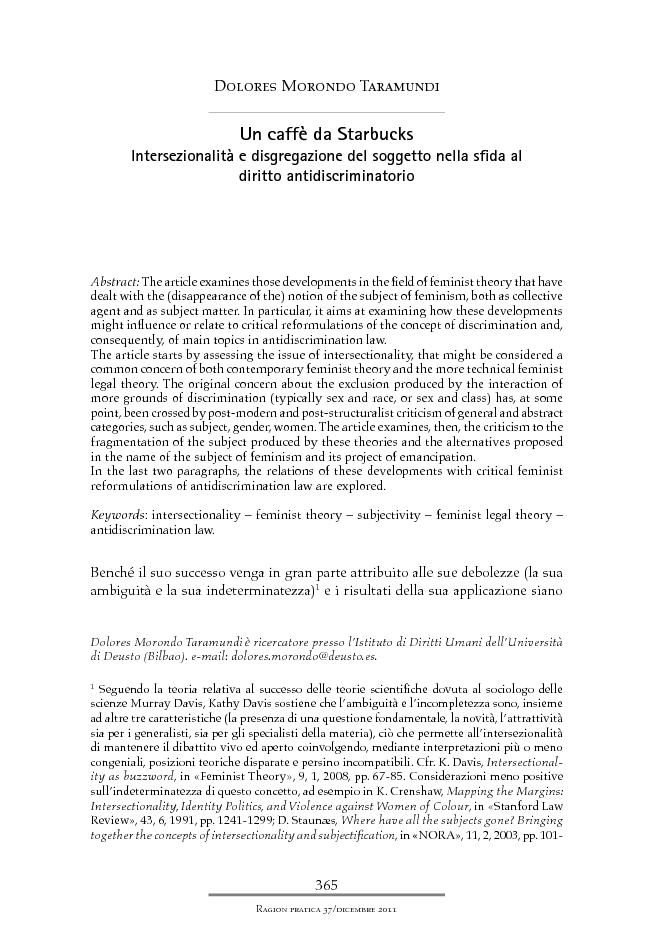