Do migrants in Europe and ethnic minorities in the US (such as, especially, African Americans), have something in common? On the one hand, one might think so, considering what we could call the «overrepresentation» of both categories in the penal systems of the two societies. On the other hand, African Americans can hardly be described as «immigrants», and migrants in Europe are for a good percentage perceived as «white». At the end of this chapter, I would like to show a possible path in order to answer the question, by reconstructing the puzzle «crime, punishment and migration» between the United States and Europe. A possible solution may be found perhaps in thinking the whole issue by adapting the concept of «less eligibility», placed by Georg Rusche and Otto Kirchheimer at the center of their reconstruction of the relationships between punishment and social structure, to the new era of globalization, i.e. trying to think the idea of «less eligibility» in a new transnational context. 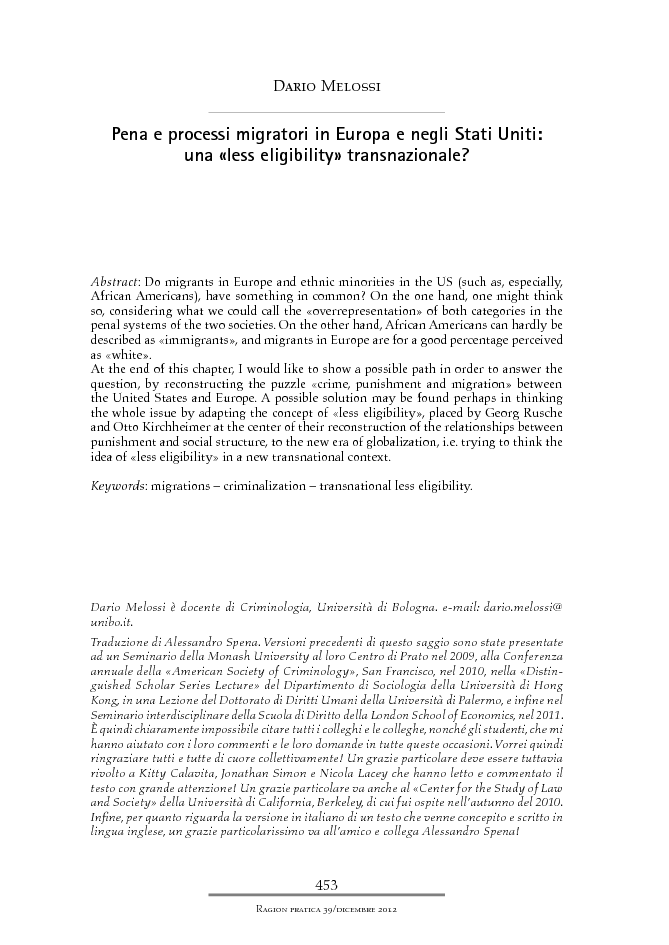