As a consequence of the massive immigration in the last decades, European countries are becoming more and more multicultural societies. The immigrant who comes to Europe finds new rules on conduct, and especially criminal norms, which are sometimes very different from those of their own country and this is due, at least in some cases, to the cultural difference. Such cultural difference may bring the immigrant to commit a so-called «cultural motivated offence», such as female genital mutilation, forced marriages or child marriages, polygamous marriages, domestic violence, honour killings and other honour offences. How can the criminal law react to these cultural motivated offences? Is the cultural difference a pro reo aspect which can be used by an attorney to defend his or her client? Could we use our traditional law, or do we need new ad hoc rules? And in this way don't we tolerate cultural practices against human rights, and give up the liberal-democratic freedoms which are the 'quintessence' of European society? 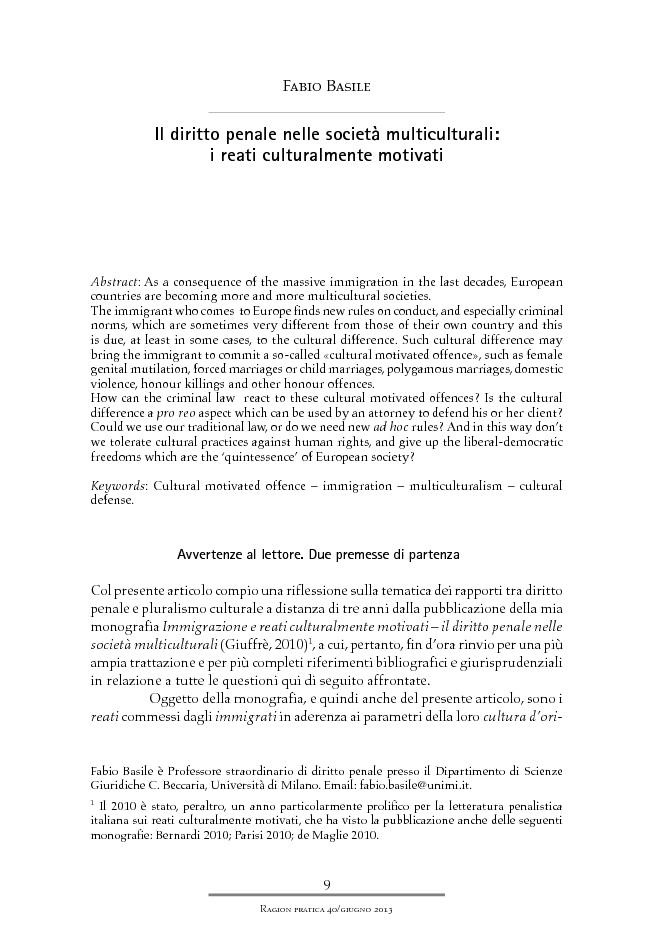