In the middle part of last century, the «second wave» feminism fully develops an intuition that was already ambedded in the feminist movement since its origins: the recognition of equality between the sexes is not sufficient to liberate women from their condition of subordination. This idea questions the legal science: the feminist discourse gives rise to a legal theory that bases its claims on gender studies and relies on the contributions of the social sciences, as well as of political militancy. Italy has dedicated the last two decades to this line of research; within it the book edited by Thomas Casadei, "Donne, diritto, diritti. Prospettive di giusfemminismo" (Giappichelli 2015), which collects contributions from gender researchers, jurists, philosophers of law and politics. With reference to Casadei's book, this paper points out that the effective implementation of women's rights is not an operation of mere analogical interpretation; but, it's necessary to build a social context which enables them to be effective and, since rights have traditionally been designed for men, sometimes they need to be transformed, rewritten, even reinvented. 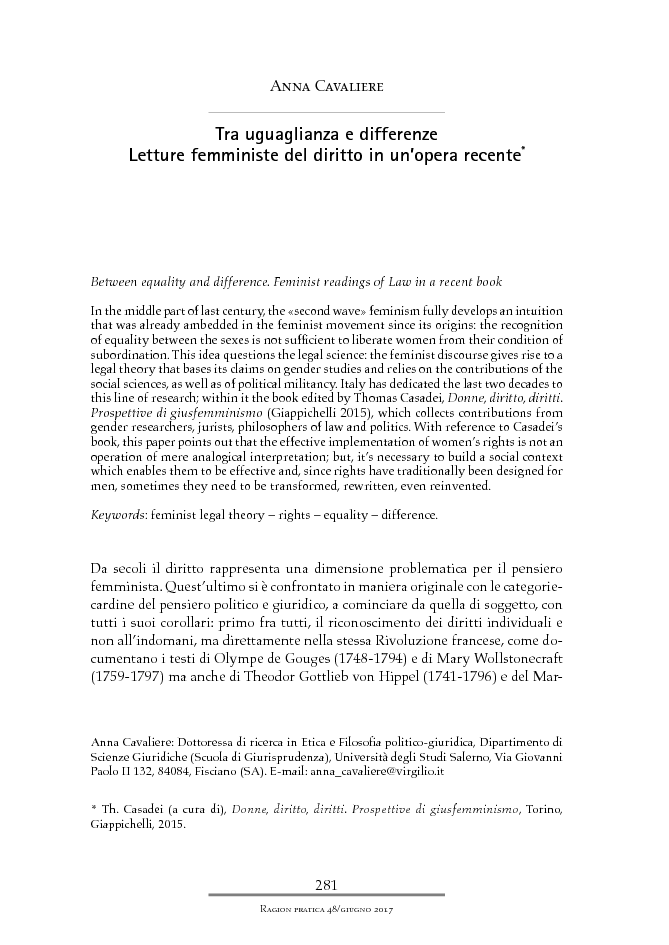