Is the social and economic crisis we are currently going through, pointing to a transition toward something different - still difficult to pin down and yet enabling us to overcome the crisis - or is it instead a tool of statecraft, something that seeks staying power and appears to have the tools needed for its own preservation over the long run? Authors like Wolfgang Streeck see the current crisis as heralding the end of financial capitalism and a return to more democratic government policies. On another reading, however, it is not capitalism but neoliberalism that has come to a critical pass, suggesting that the crisis is not so ominous as it seems. Those who underscore the inherent contradictions of capitalism, whose downfall is projected to usher in an epoch-making change, may just be underestimating the mighty attempt the capitalistic system is making precisely to resolve all such contradictions. This is a prodigious effort to burrow deep into individual and mass psychology, and it can be recognized in particular in the reading of the crisis offered by Cass Sunstein. 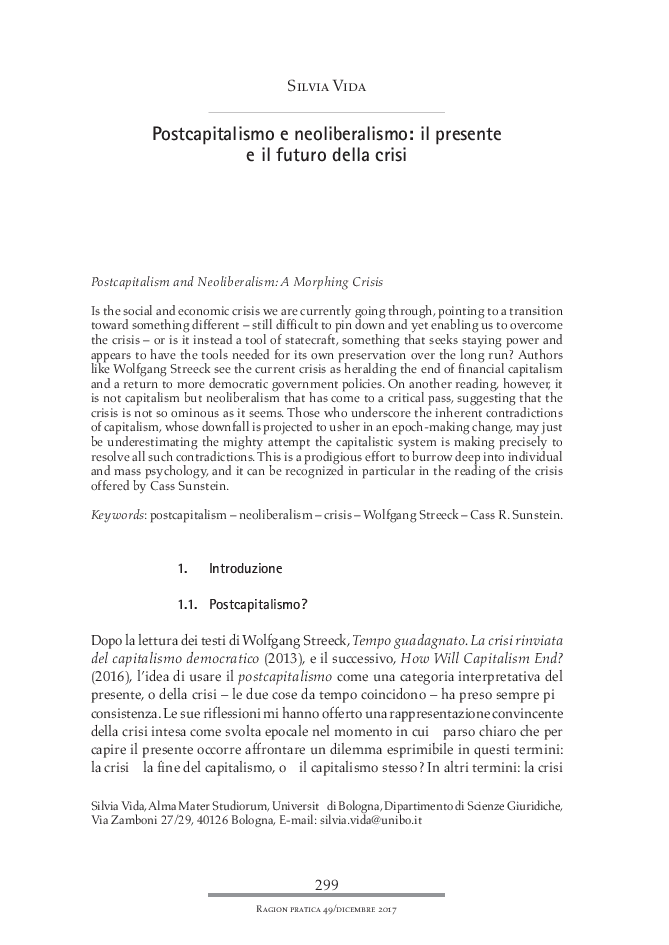