The paper considers whether the African Union's (AU) powers would allow for intervention in protection of the rights of women during armed conflict. In considering that question, this paper evaluates the AU's legal and policy framework for the protection of women in armed conflict, and discusses the AU's response to the Boko Haram crisis in Nigeria. It argues that the AU is constrained in its response by conflicting provisions of treaties, traditional international law principles in particular non-intervention in sovereign states, practical and political concerns, and gendered perspectives. The paper concludes that as a result the AU left the protection of women to a territorial state which, for a period of time, lacked the will and the ability to protect women in crisis but rejected external assistance. The paper concludes that protecting women's rights in conflict zones will require the AU to prioritise human security in every AU peace and security mandate, for only through action can the AU demonstrate that it attaches value to women's rights in conflict zones. 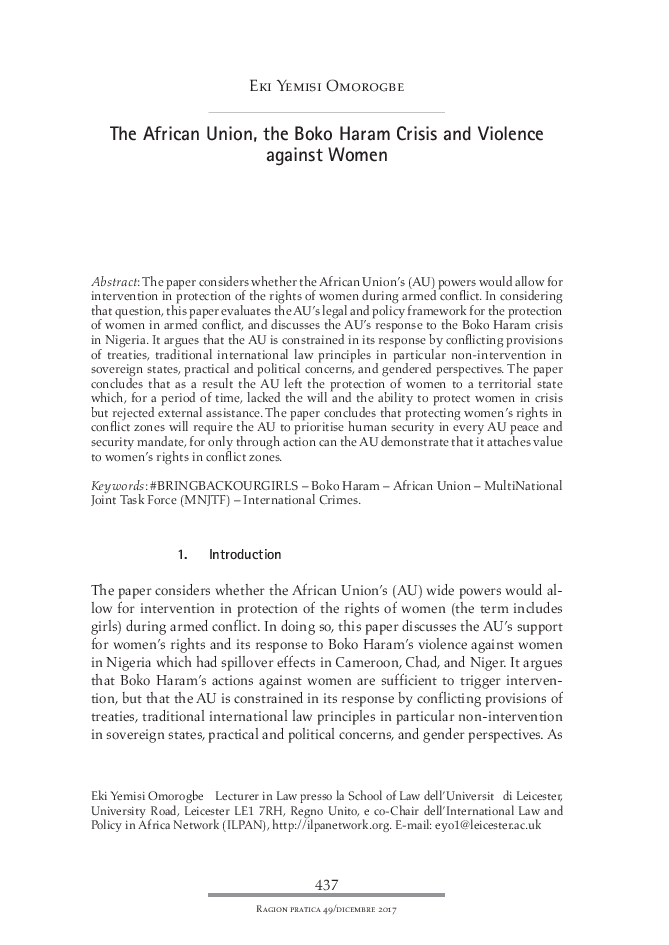