In the past, kings and rulers used to present themselves as proud, strong and cultured. The populace was of course illiterate, but also the people, if taken as a whole, were largely ignorant. Propaganda showed the rulers as wise and cultured in order to preserve a strong gap between rulers and ruled. This situation slowly changed: people progressively enhanced their culture, because of the rise of bourgeoisie, its transformation in "middle class", and, finally, thanks to mass schooling. The ruled are, by then, quite cultured, and they are able to criticize the rulers. This marks a turning point, especially in propaganda. Culture and professional skills become the stigma of the timewasters and the rulers start to present themselves as ordinary and hardworking men. The new propaganda aims to persuade the populace (and it succeeded) that cultured person is enemies, with the only aim of preserving their "privileged" position in the society. This opened to a new alliance between ruled and ruler, which is seen as "a person like us": neither particular skills, nor particular knowledge seems, today, to be required in order rule. 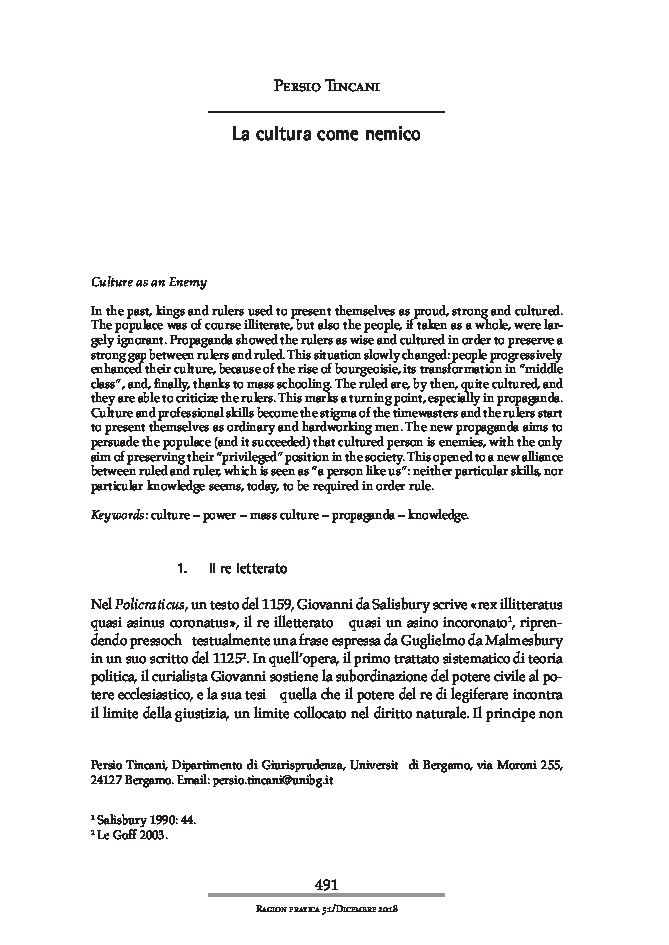