The aim of this paper is to show that the so-called failed states or fragile states are states that can not fulfill the state's own and primordial function, which is to protect its population against violence (political and criminal) and also against to other apparently non-violent threats, but which negatively affect human security, such as famine, natural catastrophes, widespread economic insecurity, etc. And this is due to their lack of internal cohesion and legitimacy, to institutional deterioration and to the loss of the monopoly of the legitimate use of force by the state. The result of all of which is the situation of serious human insecurity for their populations. The conclusion drawn from the foregoing is the importance of the state for the adequate protection of human rights. If human security is security in the enjoyment of human rights, in these states people live under the permanent risk of violation of their rights and suffer constant and effective violations of them. 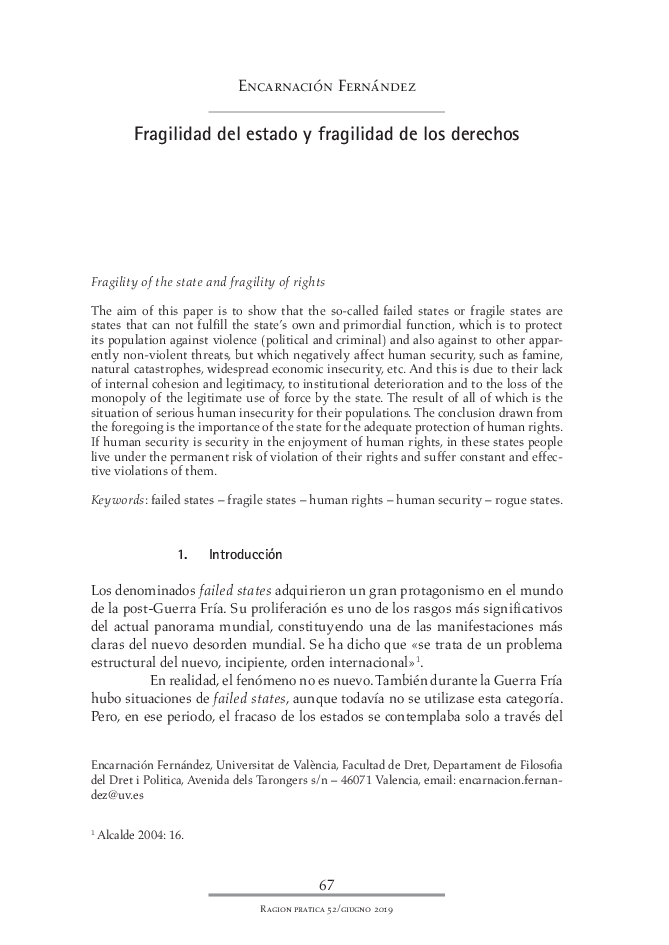