The author analyses the two dimensions of constitutionalism promoted in Ferrajoli’s thought: constitutionalism as a political philosophy that calls for the positivization of the Enlightenment project based on the primacy of fundamental rights over all state powers; and constitutionalism as a legal theory, suitable for explaining the Constitutional state model. Both dimensions are united in a theoretical project that centres on the concept of divergence between, on the one hand, the constitutional “Oughtµ, consisting of rights and substantive principles of justice and, on the other hand, the increasingly unsatisfactory legal, administrative or contractual “Isµ. This entails, within the political, a democratic, yet clearly anti-majoritarian position, but also confers to the legal science a critical function that distances it both from paleopositivism as well as from the so-called neoconstitutionalism or postpositivism. 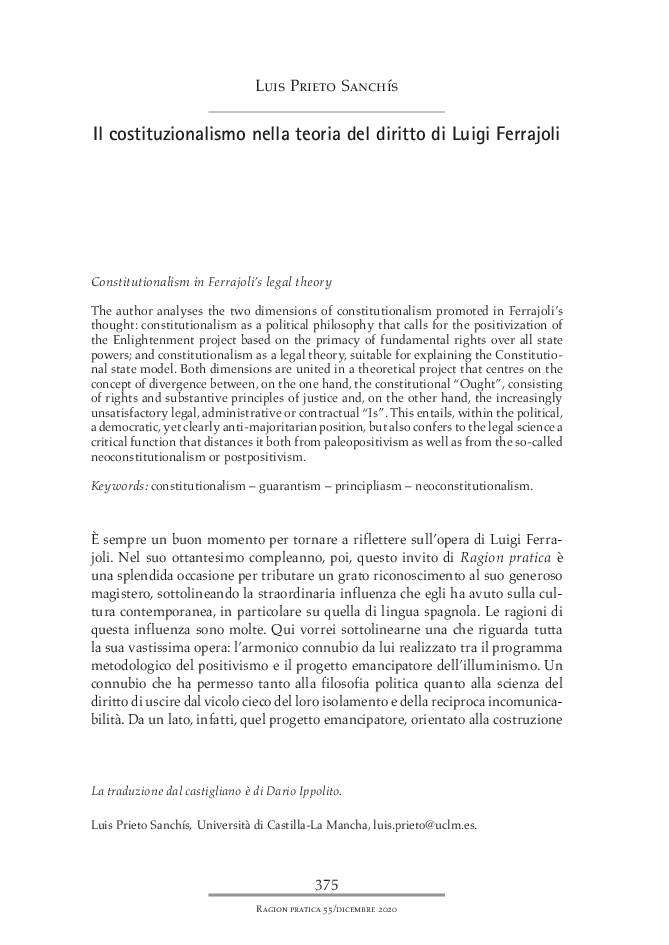