The essay focuses on the concept of «mass/masses» in Robert Michels’ Political Parties, published in German, Italian, French and English between 1911 and 1925. The author analyzes the genesis and developments of this concept in the context of evolution of Michels from socialism to fascism. He shows that this concept is used by Michels to indicate the working class and the organized masses of the socialist parties. His thesis is that the failure of international socialism, in particular of German social democracy, in its effort to educate and emancipate the masses through the party organization – which is at the heart of Political Parties – would have progressively led Michels, finally become a fascist, to a reinterpretation of the concept of «mass/masses» in the sense of the «psychological crowds» by Gustave Le Bon. 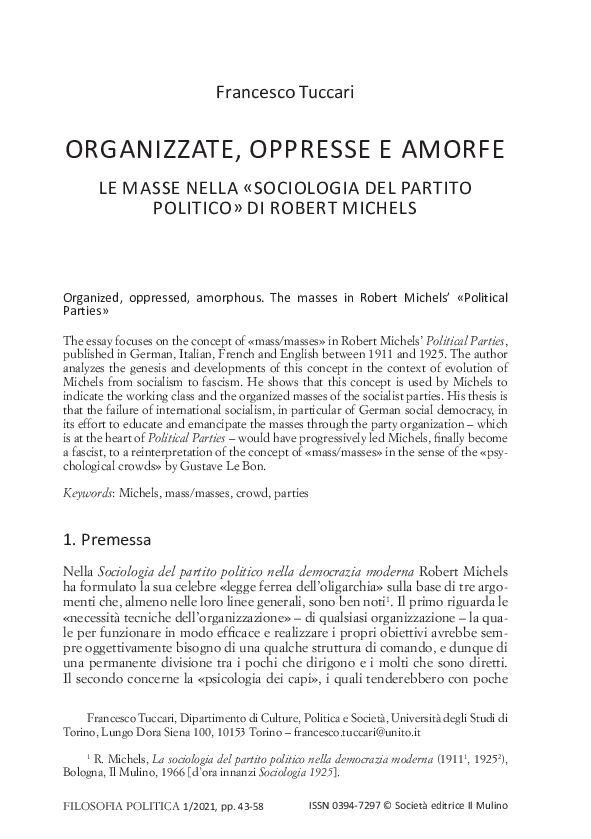